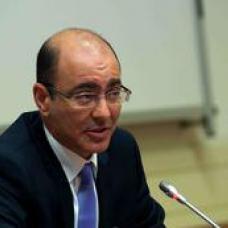 Professor of Law in the Faculty of Legal, Political and Social Sciences at the University of Carthage.

While the revolution was mostly peaceful, a serious security breakdown took place when the internal security institutions retreated from their front line roles. The fragile security situation was further threatened when revolution in neighbouring Libya sent refugees and extremist militants across the border. Questions remain about the ability of the state to address these security issues while developing a security system that breaks with the past to work in service of Tunisia’s citizens.

There have been several improvements to the security establishment in the last three years, including the revision of laws governing arrest and detention, the legalisation of unions for security personnel and the ending of the electoral role of the Ministry of Interior. Too many changes, however, have been limited or poorly executed and it has been difficult to build political, legal and institutional support for reform. Legislative and policy changes have been largely technical, focused more on system stability than on pursuing the necessary structural changes or developing appropriate oversight mechanisms. To avoid political exploitation of the issue, the formation of a national commission should be considered for developing a clear strategy for security sector reform.

Professor of Law in the Faculty of Legal, Political and Social Sciences at the University of Carthage.