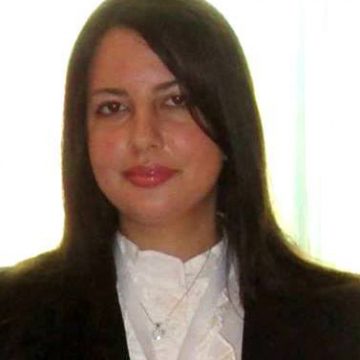 Wejdene Mokrani has a Masters degree in Public Law and Political Sciences from the Faculty of Law at the University of Tunis El Manar.

One of the main themes and topics of research covered in the ARSP II program is security sector reform (SSR) and the transformation of civil-military relations.

For decades, the main mission of security institutions in Arab authoritarian states was to protect those in power. These institutions were used to control society, a feature that helps explain why many observers perceived these regimes as resilient. Some rulers relied on the armed forces, or more precisely on specific units, commanded by trusted family or clan members; others, on the contrary, marginalized the military – seen as untrustworthy - and relied instead on the police and para-military forces. They all, however, made use of a “divide-and-rule” policy to exacerbate the competition between the different institutions, leading to the fragmentation of the security sector.

The Arab uprisings showed that security institutions’ loyalty to the regime was not total and, in some cases, their defection led to its collapse. After the uprisings, one of the biggest challenges was the reform of the security sector, by changing its missions and its behaviors and by orienting it towards protecting the citizen rather than the regime. SSR includes the reform of the police and the armed forces but also of the authorities that supervise them, meaning the ministries of interior and defense, the judiciary system, and the relations between these different actors.  Research into security sector reform in the Arab world addresses a variety of key issues.

First, given that SSR is necessary to build transparent, legitimate and inclusive institutions trusted by citizens, questions are raised concerning how to reform and transform these institutions and how to define priorities. Research explores the manner in which to change the dynamics between institutions and create an environment of collaboration where there had previously been competition.

Second, research into SSR considers the different types of actors that must be included in the process to ensure its success: beyond the concerned institutions, civil society organisations, external donors, police unions, and experts, amongst others, may be invited to participate.

Third, the issue of civilian control over the military lies at the heart of the civil-military problématique. As Peter Feaver asks, how can we build a military strong enough to do what it is asked to do without posing a threat to civilian authorities? This is a crucial question in the Arab context, as many of the former rulers were officers who arrived to power through the military. Fourth are the cases where uprising led to civil war. Here, SSR has to take into account the rebuilding of security institutions in which all segments of society are represented. This is a major challenge for plural and deeply divided societies where these institutions, especially the armed forces, can play a role in state-building and nation-building.

Finally, the broader theme of security sector reform in the Arab world also involves research into the “war on terror,” which puts great pressure on the security sector and can be a pretext for abuses, as was the case under authoritarian rule. Forging security institutions that are able to face such threats while respecting the rule of law is essential.    As the Arab case studies show, security sector reform is a global process that is crucial both during and after uprisings, and its evolution often determines the outcome of transition periods. Understanding the different dynamics of Arab security sectors and how their reform can be achieved is crucial research to understanding current and future dynamics of the region.

Note: This publication is only in Arabic

Wejdene Mokrani has a Masters degree in Public Law and Political Sciences from the Faculty of Law at the University of Tunis El Manar.