Project Security in Times of Transition

The construction of stable, accountable civil-military relations is essential for the transition to democracy, but this re-balancing of power relations can be very difficult to achieve while also guaranteeing public security. Through the project ‘Security in Times of Transition’, from 2011-2014, ARI analysed the challenges and options for protecting public security and handling security sector reform (SSR) during transition. Using bottom-up analysis to understand citizen relations with and perceptions of the security sector, ARI developed lessons for managing the insecurity of transition and for building a legitimate and effective security order. One key dimension of the project was comparative research that considered both at the ongoing transitions in the Arab world and at the experiences of countries that have passed through democratic transitions. The project focused in particular on SSR in Egypt, Libya, Syria and Tunisia.

In the first phase of the project, policy dialogues, workshops, and conferences were convened in order to work with local stakeholders to jointly define the expectations, possibilities for, and obstacles to SSR. In Tunisia, ARI organised a workshop in partnership with ARI member the Observatoire tunisien de la transition démocratique with the objective of defining the major SSR issues confronting Tunisia and developing ways to inform and assist this process. In Egypt, ARI used a participatory approach to SSR, whereby local stakeholders themselves defined the topics and needs. A series of meetings were held in Cairo in February 2013 to define specific requests with regards to the security sector with an expert from the Ministry of Interior, various activists and representatives from the Muslim Brotherhood Party, representatives from the Misr Al Qawia Party (Strong Egypt Party), and politicians from the liberal opposition. In addition, ARI and the Arab Forum for Alternatives jointly held a conference entitled “Security Sector Reform: Learning from Other Transitions” with a group of senior researchers and experts in security matters as well as different political parties, in order to discuss the issues and problems surrounding the reform of the security sector in Egypt and to explore the Portuguese and South African experiences and lessons applicable from these experiences to the Egyptian context.

With regards to Syria, ARI commissioned two papers on the experiences and lessons learned of Kosovo and South Africa concerning civil-military relations and the experiences of peace negotiations, and hosted a workshop in Istanbul, entitled “Negotiating Peace in Syria: Civil-Military Relations in Times of Armed Struggle,” to examine regime change efforts in Kosovo, South Africa and Syria. Participants included experts from Kosovo, South Africa, Palestine, Syria and Turkey, including a colonel in the Free Syrian Army (FSA) and representatives from local councils in Syria. The workshop report was circulated among Syrian opposition leaders highlighting lessons and recommendations. With regards to Libya, ARI conducted field research and produced a research paper examining the security situation and its effect on the prospects for reform. The report examined the linkages between the state of the Libyan security authorities under Gaddafi and the current fragmentation between militia groups on geographic and tribal lines.

Project  Security in Times of Transition

The Continuation of Securitocracy in Egypt

Libya from Paramilitary Forces to Militias:  The Difficulty of Constructing a State Security Apparatus

Empowering the democratic resistance in Syria

Workshop on “Security Sector Reform in the Arab Region” 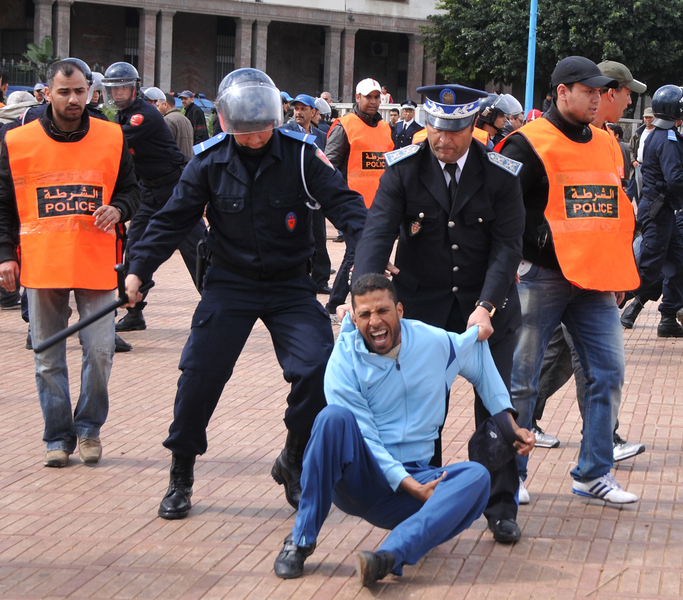