Libya from Paramilitary Forces to Militias: The Difficulty of Constructing a State Security Apparatus 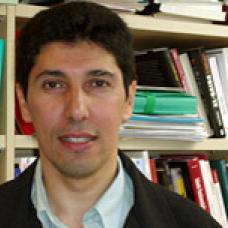 When the Gaddafi regime was toppled in 2011, it left behind a security vacuum. Rather than a national police force, army or security service, powerful regional militias have taken over management of their own territories and the security of the people residing there. The visceral refusal by the regions to obey any government in Tripoli flows from the weak political and institutional tradition inherited from the Gaddafi era. Gaddafi, following the example of the previous Libyan government, shaped Libya’s power structures according to a tribal configuration. Rather than having a strong central army, as seen in many other Arab states, Gaddafi relied on paramilitary forces and managed a delicate configuration of regional and tribal power centres.

Today, more than 200,000 men serve in regional militias. Only a small fraction of that number supports the central government in Tripoli. The central government believes that too much responsibility for order and security has been left to the militias, but these regional militias are convinced that the central state can never be an autonomous agent protecting its territory and inhabitants. A resolution to this impasse may come through the institutionalisation of the regional militias, rather than their elimination, setting the stage for cooperative dialogue between the regions and Tripoli. Patient management of such a process can help Libya avoid major armed violence and potentially develop a cooperative system of decentralised federalism.