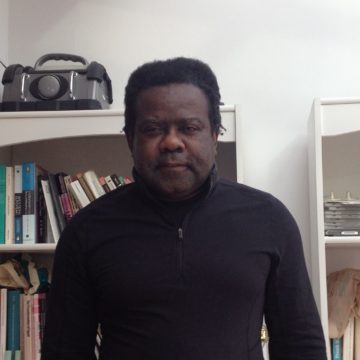 Professor of Government at Georgetown University

Mauritania has earned the title of slavery’s last stronghold due to the widespread existence of descent-based racial slavery in the country despite successive abolition decrees put in place since the 1960s.1Zekeria Ould Ahmed Salem, “The Politics of the Haratin Social Movement in Mauritania,” in Osama Abi Mershed editor, Social Currents in North Africa (Oxford: Oxford University Press, 2018). After independence, Mauritania’s 1961 Constitution declared all Mauritanians to be equals. Slavery was abolished in 1981 by presidential decree, making it the last country in the world to do so. Due to the lack of enforcement, slavery was criminalized in 2007 and again in 2015. Still, the practice continues and few slave “masters” are prosecuted.

The perpetuation of slavery in Mauritania despite multiple abolition steps has not come without resistance. Haratin – slaves, former slaves, and their descendants, within Mauritania’s Arab-Islamic cultural sphere (Black Arabs) – have spear-headed organized resistance to the country’s racialized descent-based slavery. Led by Messaoud Ould Boulkheir, El Hor (‘Free Man’) emerged as an organization for the liberation and emancipation of the Haratin in 1978.2Zekeria Ould Ahmed Salem, op.cit. El Hor sought to eliminate vestiges of slavery, stigmas attached to slavery, and to challenge the political marginalization that has secured Black subordination.3Ibid.

Conflict over Haratin identity caused the pioneering El Hor to split into two groups in the late 1980s. El Hor’s leadership backed part of the white-dominated government’s perspective on slavery.  It underscored that it was not a Black party and that Mauritania’s issues were not racial.4Ibid. El Hor became the voice of Haratin who saw their future closely aligned with the Bidan (Whites). Thus, one group considered Haratin indisputably Arab. A second group considered Haratin identity distinct from all other ethnic groups, Arab or African. Due to centuries of enslavement by white Arabs and Berbers, Arabic-speaking Haratin share genetic ethno-racial heritage with non-Arabic speaking Black Africans native to Mauritania and neighbouring Senegal: Halpulaar, Fulani, Soninke, Wolof, and Bambara.5Zekeria Ould Ahmed Salem, op.cit.

The conflict over Haratin identity weakened El Hor’s influence. It became viewed as an organization sympathetic to white interests, alienating some Haratin, and one that eschewed an alliance with non-Arabic speaking Black Mauritanians, including with FLAM (African Liberation Forces of Mauritania).6E. Anne Mcdougal, “Living the Legacy of Slavery.” https://journals.openedition.org/etudesafricaines/15068 Despite a core part of El Hor backing the perspective of the Bidan, at times the Mauritanian government has repressed El Hor and arrested its leaders.

Action for Change, a political party formed by El Hor activist Messaoud Ould Boulkheir in 1995, demanded the implementation of the law against slavery and the end of anti-Black racism in the country.7Zekeria Ould Ahmed Salem, op.cit. The party was banned in 2002 when Boulkheir denounced the persistence of slavery and the marginalization of the Haratin during a parliament hearing session.8Ibid.

Anti-slavery and anti-racist civil society mobilization in Mauritania also include SOS-Slaves and the Initiative for the Resurgence of the Abolition Movement (IRA).9Ibid. Founded in 1995, SOS-Slaves was headed by one of El Hor's founders, Boubacar Ould Messaoud.10Ibid.  According to McDougall11E. Anne Mcdougal, “Living the Legacy of Slavery.” https://journals.openedition.org/etudesafricaines/15068 :

“It included beidan and black Africans, as well as educated and working class haratin. Domestically, its campaign aimed at rural slaves and at seeking out and assisting escaped slaves; internationally, it targeted both the traditional European outlets (British and French) and new American ones. The name itself was carefully chosen to resonate on both sides of the Atlantic.[12] ”

Since 2015, the Initiative for the Resurgence of the Abolitionist Movement (IRA-Mauritania) has been the radical edge of the Haratin social movement.12E. Anne Mcdougal, op.cit. Created in 2007 by a former leader of SOS-Slaves, Biram Ould Dah Abeid, IRA-Mauritania denounces, among other things, the use of Islam as a justification of the inferiority of the Haratin, works to bring all alleged cases of slavery before the courts of law, and takes a strong stance against bonded labour and domestic slavery.13Ibid. Ould Dah Obeid orchestrated the burning of Maliki books of jurisprudence that justify the enslavement of Blacks, Muslim or not. He regularly criticizes the silence of the ʿulama (Islamic scholars) in the face of the persistence of slavery as well as their willingness to manipulate the sacred texts to encourage the crime of slavery.14Ibid. In 2013, Ould Dah Abeid won the UN Prize in the Field of Human Rights.

Mauritania is governed by a military authoritarian regime that periodically stages multi-party elections to garner international and domestic legitimacy from a façade of democracy. Members of the Haratin social movement have utilized these political liberalization junctures to attempt to create political parties, run for elections, and establish workers’ unions.16Ibid. A token number of Haratin have risen to important positions based on these efforts, including to the position of Prime Minister and Speaker of the Assembly.17Ibid. However, these token Black elites are removed if they threaten or contradict Bidan hegemony and the exploitation of Black Mauritanian labour.18See interview below.

Abidine Maetalla is a member of IRA-Mauritania (Initiative for the Resurgence of the Abolitionist Movement). We met to discuss slavery and anti-Black racism in Mauritania.

I’m a human rights activist with IRA-Mauritania. I am the son of former slaves. My mother was freed before birth.

What is the IRA?

IRA is a human rights organization. We fight to end slavery, discrimination, and segregation in Mauritania. We also seek access to education, clean water, and civil rights for all Haratin.

How do you assess the Mauritanian context of slavery and anti-Black racism?

Racism in Mauritania is rooted in Maliki books but not in Islam itself, which seeks racial equality. Whites utilize those books to discriminate against Blacks. The books make the point that if you are Black, you are eternally a slave. Whites – light-skinned Mauritanians really – begin studying those books as early as the age of 3.

The majority of black Mauritanians live in sub-human conditions. In cities, they live in hovels with no bathroom, kitchen, or running water. Rural areas are even more inhumane. There are more slaves, life is harder, there is more hardship. The majority of Blacks are homeless, jobless, and have no access to clean water or healthcare.

Elected Blacks and Blacks in elite positions are controlled by white people and can be removed. Black elites have to be against ending slavery to stay in their jobs.

The tribal system in Mauritania favours white people and the tribes decide who becomes president, military leaders, ministers, or who gets promoted to other elite positions.

Yes, it is. The organization Walk Free says that we have more hereditary slavery than any other country in the world. Still, we don’t know the exact number. No statistics are ever made available, even after the UN paid for statistics in this area.

This is traditional slavery in the sense that slaves are property; children will be slaves by descent. We estimate that 20% of Mauritania’s population is in this condition. These slaves do all kinds of work: they fetch water, cook, clean, graze animals, and cultivate the land. Black women are kept as slaves to provide new slaves, even children fathered by Black slave women and white “masters” become slaves.

Slavery is part of history, the State, and religion here. Before the French left, they gave titles to all the land to Whites. If a slave disobeys his master, he will go to jail. Leaving the land as a slave means you are in the streets or in the desert, with no place to cultivate, no shelter, no way to feed yourself. The government won’t be on your side.

Slaves don’t know how to take their rights. They receive no education. Slaves are afraid of the police. They are tortured in police stations. They will be homeless and jobless if they go to the police.

Also, many enslaved Blacks believe that leaving a white master is forbidden by God.

How does the IRA advocate for its goals?

We hold demonstrations, even though it’s illegal and our activists, including me, have been jailed. The first time I was imprisoned for five months and the second time two months. We also negotiate with the government, hold sit-ins, and engage with international NGOs that share our cause.

How is the IRA organized?

We have activists throughout the country. We are the most important human rights organization in Mauritania. Our president, Biram Abeid, won the UN Human Rights prize in 2013 for his efforts to abolish slavery in Mauritania. Despite state repression, and periodic imprisonment for participating in IRA activities, Abeid was elected to parliament, even though he was in jail during the election because of his anti-slavery campaigning.

In jail, activists are tortured for organizing meetings: people are beaten, tear-gassed, and deprived of sleep to force cooperation.

How did Mr Abeid reclaim his freedom?

Mr Abeid is too well-known internationally for the government to punish him with impunity. The Mauritanian government also fears that imprisoning Mr Abeid for long terms could mobilize all Blacks in Mauritania against the regime.

Mr Abeid was imprisoned and initially sentenced to death for leading the 2012 burning of Maliki books that justify the enslavement of black people. How did Haratin react to the book-burning?

Initially, the majority of Blacks stood up for Islam. However, after two weeks of demonstrations in support of Mr Abeid, Blacks began to come around and I think the next time they will not defend these Maliki books.

What role do Haratin play in sustaining slavery?

Some Haratin are convinced by white people that they are part of their tribe. We try to convince Haratin that they are the indigenous owners of Mauritania’s land. They were there before Whites from Morocco and Algeria came to the country and enslaved Black people. An important IRA goal is to convince Haratin that they are not from the same tribes as the Whites. We also tell them that, contrary to the claims of Whites, their enslavement is not a fate bestowed by God on Blacks. These views are changing with our activism and the activism of others.

What recommendations would you make to end slavery and anti-Black racism in Mauritania:

The government of Mauritania needs to know that slavery is a tool of self-destruction. If it does not end, it will lead to civil war. The government must accept that slavery is a crime against humanity and free all slaves. The criminalization of slavery has to be enforced. The constitution needs to be reformed to eliminate articles about sharia that justify the enslavement of black people. Instead of repression, the government needs to work with domestic and international NGOs to end slavery. Judges must enforce the law. Slaves need to be freed and compensated for their forced labour, instead of compensating slave “masters.

What can the International Community do to contribute to ending slavery and anti-Black racism in Mauritania?

We expect the most from the United States. The Europeans, especially the French, are weak on abolition, probably due to their crimes during colonialism. Arab countries support our regime because they have a lot of anti-Black racism in their own countries. The United States has a lot of influence in Mauritania. Along with the mobilization of domestic forces, sustained pressure from the US to end slavery in practice in Mauritania would end it.

Professor of Government at Georgetown University 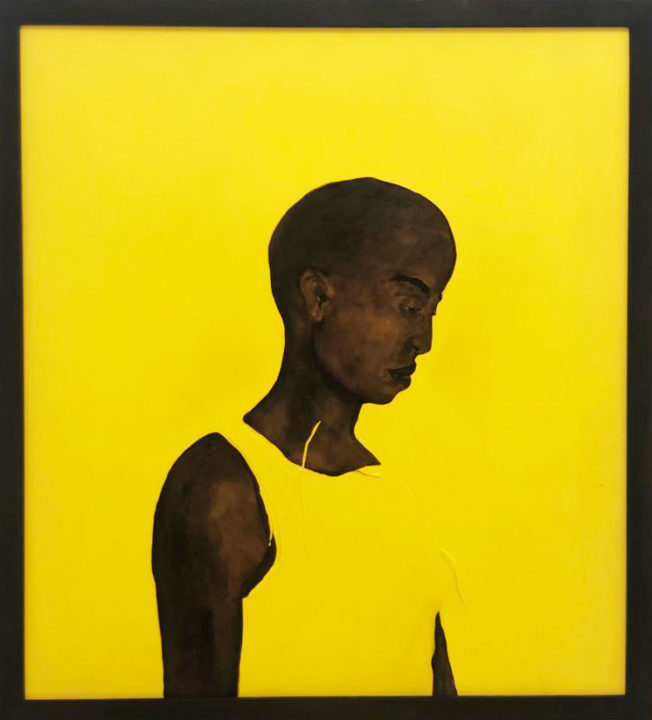 Mobilizing against Anti-black Racism in MENA:  A Reader 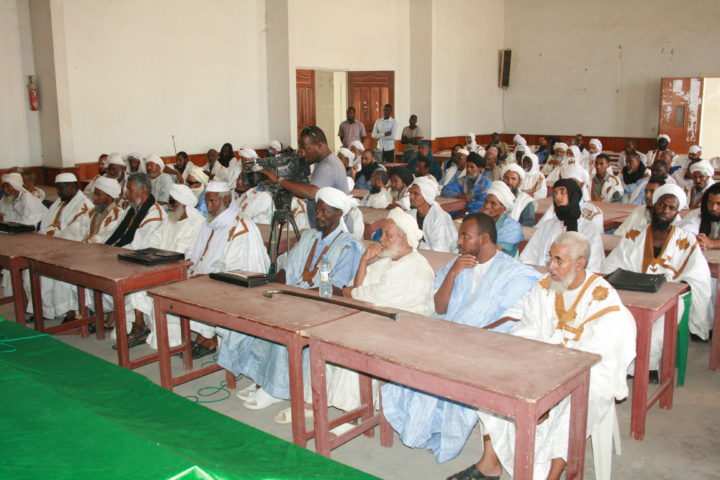 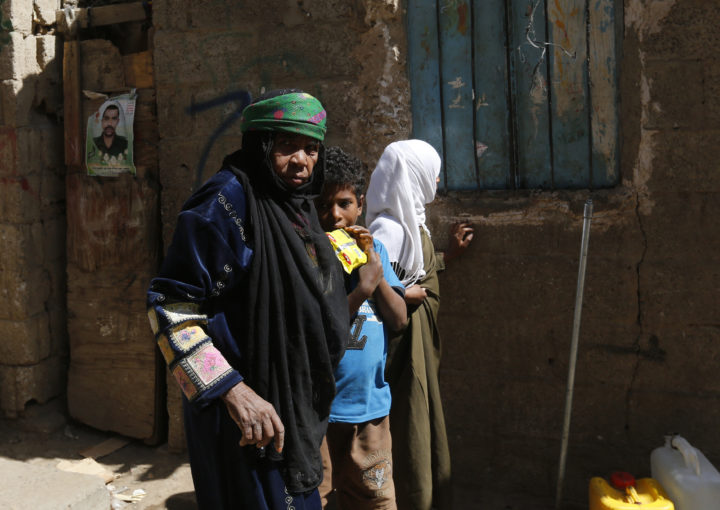 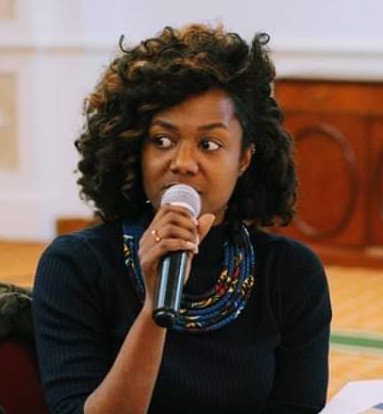 Facing up to Racism in Tunisia:  Interview with Khawla Ksiksi