This is a joint paper with the Centre Français de Recherche sur l’Irak. 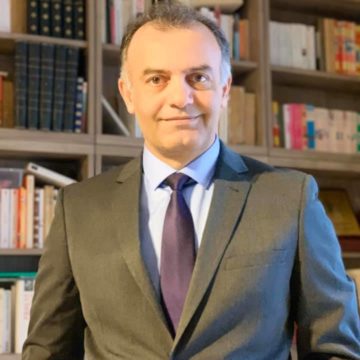 Since October 2019, Iraq has been witnessing a mass protest movement, heavily though not exclusively centered in Baghdad and the country’s southern provinces and largely led by youth. This new uprising, referred to as the October Revolution or Tishreen protests, while initially fueled by socioeconomic grievances and the lack of basic services, quickly transformed into a broader political movement calling for radical change to the political order. Rallying around the slogan “we want a homeland,” a hallmark of this new movement has been the effort on the part of activists to put forth a new collective Iraqi identity, moving past sectarian divides and envisioning new state-society relations and a break with the transactional social contract currently in place.

Yet despite this overarching vision of national renewal through both radical political reform and reconceived bases of collective belonging, the extent to which the movement actually represents a unified vision for the Iraqi nation and a strategic means by which to renew the State is far from obvious. The radically different political trajectories that the country’s different regions have been on since 2011, and in particular since 2014, have led to important fractures in terms of security, ideology, and power structures at the sub-regional level. As a result, the relationship with and attitudes towards different ideas, forms of collective action, and political and security players vary considerably from region to region. Likewise, the difficulty with which activists can freely meet and move around has meant that exchange and the consolidation of their movement around a unified set of claims has not fully occurred.

Indeed, in speaking with youth leaders of the Tishreen movement from various cities across the country,1In an effort to identity points of consensus and fracture within the October protest movement, and to provide a safe space for exchange between movement leaders, the Arab Reform Initiative at the Centre Français de Recherche sur l’Irak held on 28 October 2021 a private roundtable discussion, bringing together 14 young men and women activists from different Iraqi cities (Basra, Baghdad, Nadjaf, Karbla, Nasiriya, Diyala, as well as from Iraqi Kurdistan). what becomes obvious is that while the large lines of national renewal are agreed upon – the need for a new Iraqi identity and new basis for Iraqi nationalism, radical transformation in the practice of power – important points of fracture in their own vision as well as methods for achieving change can be identified. Nonetheless, a shared oppositional consciousness and dedication to the movement itself, as well as underlying and perhaps generationally significant importance assigned to secularism, act as resources for continued mobilization despite repression and strategic impasse.

Iraqi Nationalism and the State: Conceptual Ambiguity and Strategic Fracture

While the issue of Iraqi nationalism connects and brings together the youth leaders of the protest movement, it also constitutes a fundamental area of ambiguity and a strategic impasse and fracture. Youth activist leaders believe that ethnic nationalisms (Arab and Kurdish) and religious sectarianism (Shiite and Sunni) are pathologies preventing the structuring, security, stabilization, and development of Iraq. Indeed, they fully support the idea of developing an Iraqi nationalism that goes beyond ethnicity, faith, or even community. At the personal level, the activists express the will to mainstream mixed marriages between Arabs and Kurds, Muslims and Christians, Sunnis and Shiites as a part of building a renewed Iraqi nation.

Yet, in delving deeper into the implications of Iraqi nationalism, its construction and operationalization in practice, matters quickly become more complicated. The concept of “Iraqi nationalism” itself operates in a void, free of both ideological meaning and projection but also lacks an actionable strategy. In this sense, activists have trouble concretely defining how an inclusive national identity can be built and managed. This extends from the symbolic level – how the Iraqi flag, for example, can be transformed into a national symbol accepted by all components of society – to the governance of the country’s diversity and difference. This lack of consensus on Iraqi nationalism not only hinders the activists from developing a clear vision of what Iraqi identity means and looks like in practice, but also prevents them from fully mobilizing Iraq’s diversity as part of a transformational vision.

Mirroring this ambiguity with regards to the construction of a new inclusive Iraqi nationalism is a lack of consensus among youth activist leaders regarding the targets of activism and how the movement should – or should not – work with the political system in place. Indeed, there are leaders who see the Iraqi political system as an enemy with which they are at war, believing that the only possible option is its physical disappearance. In this sense, negotiation is neither possible nor preferable. Others, however, believe that there is still room for reform and incremental change, and that political action, activism, and democratic engagement could lead to reform. As a result, the government is not considered an enemy but rather an adversary with whom negotiation is quite possible. For these activists, the remaking of society is possible from the base up: if reform or change in politics from the top is almost impossible, the base of society remains a very accessible area and open to different modes of action. Still others find themselves wavering between these reformist vs. revolutionary discourses and an understanding of the strategic means by which the movement can achieve its overarching national ambition.

This important degree of difference with regards to the State is also reflected in the attitude of movement leaders toward the militias still present on the territory, demonstrating another point of fracture that belies competing understandings of power configurations and faith in the political system’s ability to maintain the Iraqi nation-state. In June 2014, the Islamic State (ISIS) occupied a significant part of Iraq. Motivated by Ayatollah Sistani's fatwa on jihad against ISIS, thousands of young Shiites, shocked by the behavior of this terrorist organization, took up arms and joined militias to form the government-backed Popular Mobilization Forces (PMF). Yet, a year after the fall of ISIS, many of these mobilized young people have distanced themselves from the PMF and adopted varying positions in the face of this continued existence as a phenomenon that now dominates the Iraqi scene. This heterogeneity of positions also reflects those among youth activist leaders. Some believe that the militias played an important role in the liberation of the country and that the problem lies with the Iraqi State, which did not and could not integrate them after the war. In contrast, other youth activist leaders hold that the militias were guided, from the start, by an Iranian agenda to rule Iraq and as such consider them enemies that must disappear. While such divergent positions do not necessarily impact the movement in its day-to-day operations, they do reflect a significant lack of consensus on who is considered a legitimate political actor today and the role of the existing political system therein. These points of fracture regarding what a vision for the future of the Iraqi nation-state looks like in practice, and the strategies to be sought to achieve it, act as significant barriers to the development of a national revival movement.

Oppositional Consciousness as Point of Consensus

Despite these important conceptual and strategic difference, the leaders of the Tishreen movement do share important points of consensus, and in particular with regards to the importance they confer to the movement and the act of protest itself. Indeed, the mere fact of involvement in the protest movement is a point of consensus among the activists, who harbor no doubts about the value of their protest action despite being fully aware of the risks involved to their personal safety. The activists share a sense of oppositional consciousness, of having been given a mission or a calling that entails sacrifice. And as is often seen in political contestation movements in insecure contexts, the activists feel a sense of joy to engage in the protest movement and deep sadness for their fallen or disappeared fellow activists – both of which serve as important factors in maintaining mobilization motivation.2See for example J. Goodwin and J.M. Jasper, eds. 2004. Rethinking Social Movements: Structure, Meaning, and Emotion. Lanham, MD: Rowan and Littlefield Publishers; Flam, H., and King, D., eds., 2005. Emotions and Social Movements. London: Routledge.

Beyond this shared oppositional consciousness, though, the value of secularism also proves a critical point of consensus. Among youth activist leaders, discourse on the democratization of Iraq goes hand in hand with that of secularism, demonstrating what is perhaps a generational view of democracy and secularism as interlinked. For some, this secularism must in fact be radical and exclusivist to counter societal dynamics and political parties that mobilize religious resources to set up their exclusionary programs. Yet for others, such a view towards the application of secularism is seen as ill-suited to the Iraqi context. They believe that its authoritarian application would only widen the gaps and reignite the ashes of an already brewing civil war. For them, secularism must be based on reconciliation, which includes both religions and religious people without which “successful” secularism would be almost impossible. This shared belief in secularism as a critical dimension in the renewal of the Iraqi nation-state – despite difference in opinion on how it can be achieved – offers an important ideological position around which further reflection and consensus on national identity and political reform can be built.

While the Tishreen movement faces important internal obstacles and a very hindering political context at both the national and sub-regional levels, youth activist leaders share a unanimous rejection of leaving the country, viewing themselves as responsible for ensuring Iraq’s transformation, its reform, and its change. In their shared view, the conditions that had triggered the protest movement in October 2019 have remained unchanged and, in some ways, have worsened, such as corruption and the collapse of public services. In this context, they hold faith that the resurgence of protest is inevitable. Despite the important fractures facing the movement in terms of its vision and strategy vis-à-vis the State, the points of consensus serve as an important base for future mobilization and offer potential foundations for the development of a more unified vision for the future of Iraq.