Between Indifference and Charity: Syrian Refugees and the Syrian Diaspora in Brazil – Arab Reform Initiative

Between Indifference and Charity: Syrian Refugees and the Syrian Diaspora in Brazil 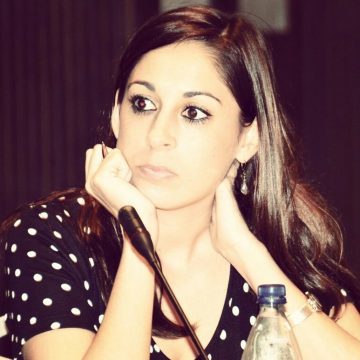 Professor of International Relations at Pontificia Universidade Católica and the Getulio Vargas Foundation in São Paulo.

Well-established insitutions of the Syrian diaspora in Brazil have let down Syrian refugees fleeing the war by failing to provide them with adequate assistance and being indifferent to their plight or selective in their action to help, Cecilia Baeza argues in this new publication.

Brazil is home to the world’s largest Syrian diaspora, made up largely of members of the middle and upper classes of Brazilian society. The presence of this community goes back to the late 19th century, long before the conflict in Syria erupted. In the face of the Syrian crisis, the Brazilian government has adopted favourable refugee measures towards Syrians, allowing access to comparatively larger numbers into the country.

“Instead of playing a decisive role in welcoming and aiding refugees, the involvement of diaspora institutions has been marginal, leaving Brazilian NGOs to assist with their integration into society in a tough economic climate. The lack of interest from diaspora organizations can be explained by their political stance: they are predominantly pro-Assad,” said Baeza.

Being pro-Assad, these diaspora institutions have depoliticized the Syrian refugee issue and undermined the role the Assad regime play in the forced exile of the new refugees. They have framed their activities as humanitarian, but their humanitarian aid (such as medical supplies and hospital equipment) is sent to and distributed in areas dominated by the Assad regime.

Baeza presents three lines of action to enhance the role diasporas can have. She recommends the importance of improving worldwide networking among the Syrian diaspora; making more available in Portuguese information about the political situation in Syria, the refugee issue and the challenges of democratization and reconstruction; and lobbying Brazilian policy-makers to change Brazil’s ambiguous policy on Syria.

Professor of International Relations at Pontificia Universidade Católica and the Getulio Vargas Foundation in São Paulo.