The Syrian diaspora became successful abroad on a number of levels but has always remained closely connected to Syrians inside Syria. This relationship is evolving as a result of the ongoing conflict. Besides mainly economic and cultural contributions to the homeland, there is now a pressing need for the diaspora to find ways to increase its involvement on the humanitarian, social, political, economic, and intellectual levels as Syria witnesses an erosion of its institutions and a rise in extremism that threaten national identity and state integrity. Mobilizing the Syrian diaspora to leverage positive change becomes more urgent when concerns about stability and security risk trumping human rights.

This requires different strategies and a higher level of co-ordination and co-operation among Syria’s divergent diasporic communities than what they had been engaged in before the current crisis.

The project is divided into two parts. Part one is scientific and covers the experiences of the Syrian diaspora and comparative experiences from around the world. Part two will bring together key representatives from the Syria diaspora to establish a diasporic network of experts that can form the nucleus and the infrastructure of a support group for Syria. Bringing these two parts together will shed light on the contribution that the Syrian diaspora can make in the current crisis, leading to the production of recommendations for the policy community worldwide as well as for members of the Syrian diaspora in order to identify concrete ways of leveraging the diaspora’s expertise and resources to aid in alleviating the crisis.

The project’s main activity and outcomes will be presented on 12 and 13 April 2018:

Mapping the Syrian Diaspora: A Global Player in the Reconstruction of Syria

Mapping the Syrian Diaspora: A Global Player in the Reconstruction of Syria 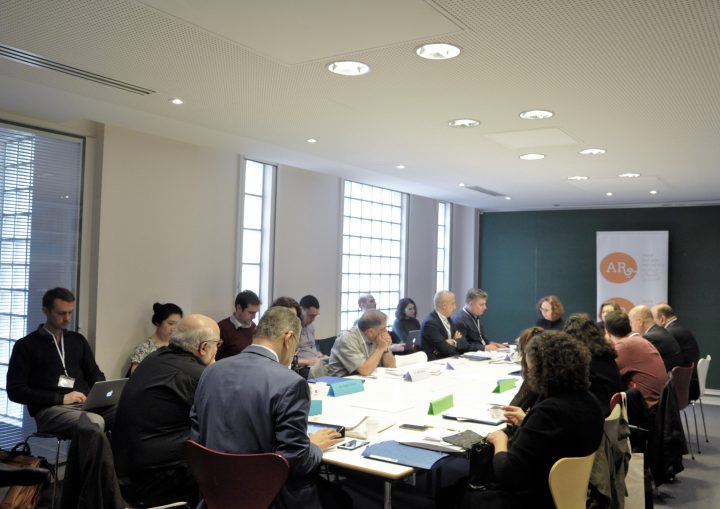 The Syrian Diaspora in the Aftermath of 2011