Youth political participation in post-2011 Tunisia: Exploring the impact of the youth quota system through the prism of local municipal councillors 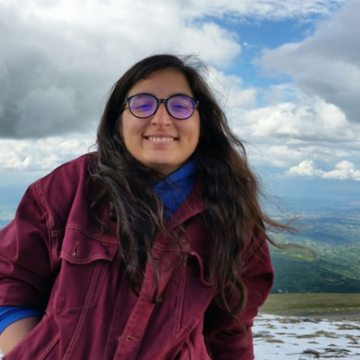 Introduced as way to induct youth into institutional politics, Tunisia modified its electoral code in 2014 to include a youth quota, with a mandatory representation of youth on electoral lists for local elections. In April-May 2018, Tunisia held elections for local councils, representing the first mandatory iteration of these youth quotas in practice. The mandatory character of the quotas has theoretically meant that a greater number of young people ran during these elections and are today participating in institutional politics at the local level. What has been the impact of these youth quotas in stimulating youth meaningful participation in the political process?

To answer this question, the Arab Reform Initiative conducted in-depth qualitative interviews with ten young local councillors at the municipalities of Kasserine, Foussana, Medjez El Beb, Kairouan, Hajeb Laayoun,e and Chebika. The research sought to understand what distinguished these young councillors from the rest of their age cohort, and in particular to understand what factors led them to become active in the political realm. The research also sought to explore the impact of political socialization on them, as well as their own values and understandings of politics. Finally, the research explored the difficulties they have encountered or are still encountering as young councillors working in public institutions that are new to them.

The research has found that primary and secondary socialization are behind youth’s political participation. Young councillors entered politics with the “help” of their primary socialization (family) and secondary socialization (civil society, volunteering, etc.); nonetheless, all of the councillors we met were solicited by older people in their environment (family, friends, professors) looking for young people to add to their list. In other words, none had initiated their own electoral bids, and only a couple were thinking of running for the elections before being solicited.

The research has also found that for these young councillors, age difference and gender are perceived as sources of tension. Age difference among the councillors, as well as with the mayor, are perceived as having a negative impact on the youth’s work at the council. This age difference can also take the shape of an experience gap that plays to the detriment of young councillors, as many of the older councillors held the same positions during the Ben Ali era. Likewise, gender intersects negatively with age for young women councillors. Most women councillors noticed that older male councillors adopt certain attitudes to belittle them during the meetings. Moreover, they state that men tend to take advantage of women’s temporal and spatial limitations (their inability to stay out late at night or sit in men’s cafés, for instance) to take decisions in their absence. Yet, alliances based on age are difficult to create, and the only alliance formed was between three young women in Chebika.

Despite the difficulties they encounter because of their age and gender, most councillors are gaining experience and self-confidence, leading them to consider running for re-election. Learning, understanding, and ultimately seeing one’s impact in the local environment have been raised as the most motivational aspects of being a councillor. Nonetheless, youth councillors still harbor distinct ideas regarding electoral politics: all of the councillors reject political parties, even those who ran under party banners. They see the “country’s interest” as their main political compass, yet some consider their mandate to be to fight against their region’s historical marginalization. Currently none of the councillors interviewed is affiliated to a political party, and most expressed clear rejection of parties. They perceive them as inefficient and detrimental to the “country’s interest” which held a central place in the councillor’s evaluation of the political landscape. Political parties were mainly depicted as going against the “nation’s interest,” a notion that transcended political affiliations, ideologies, or social class.

The youth quota system thus appears to be efficient in inducting youth into institutional politics to the point where most of the councillors we met are considering renewing and deepening (as in running for legislative elections, for instance) their participation in the political landscape. However, the youth quota reaches a limit given the lack of diversity of the youth whose entrance it permitted. The quota opens the way to the most educated portions of youth, that is university graduates, but does not reach young people who left school early. Moreover, these young people have been for the most part socialized into politics through their family or through affiliations such as student unions and local NGOs. Given this, the youth quota – still in its nascent stage – has only a limited impact as it exclusively reaches young people who have predisposition for entering the political realm in the first place.