Youth perceptions of politics in the post-2011 Tunisia: Giving the floor to millennials and Gen Z – Arab Reform Initiative

Youth perceptions of politics in the post-2011 Tunisia: Giving the floor to millennials and Gen Z 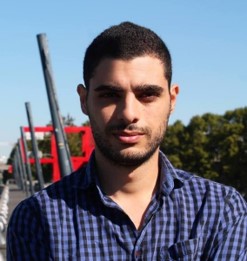 With the annual anniversary of Tunisia’s 2011 Revolution approaching, this study aims to better understand the views of Tunisian youth on politics and the country’s democratic transition, as well as their ambitions and priorities for themselves. In order to understand Tunisian youth today, one must distinguish between two different generations: the generation that led or actively engaged in the revolution (Millennials between 26 and 35 years old), and the generation that only became of age after the start of the political transition (Gen Z, “zoomers,” between 18 and 26 years old). As such, we believe that these two groups of youth show generational differences in terms of their perceptions and interests in politics.

To understand generational differences among the youth, 12 focus groups were organized by the Arab Reform Initiative (ARI) across six different municipalities in Tunisia. For Medjez el Bab, Kasserine and Foussana, ARI partnered with the Humetna Association and collaborated with “We Start for Kairouan”, “Hajeb El Ayoun” and “Shabikah”. Youths from each cohort would gather every time to answer questions about what they remember from the pre-2011 and post-2011 periods, about their values and expectations, as well as their priorities and how they assess the services provided by the State.

Key findings showed that the sense of belonging to a single generation does not apply to everyone. Millennial respondents seem to identify to a generational group separate from Gen Z, whereas the latter recognizes little to no differences. The differences highlighted by millennials concern lifestyle, spoken language, cultural references, and even the relationship with new technologies. Nonetheless, both groups agree that these differences are far more pronounced among their parents and elders,  more so in socio-economic and geographic factors, than age or generational differences.

In parallel, the study revealed generational differences with the past. While the two groups share their overall negative assessment of the political situation in the country, Gen Z respondents showed some gaps in their memory of pre-2011 Tunisia and the 2011 events. They also associated the Ben Ali era with more positive aspects than what is present today (calm, security, prosperity). In contrast, millennials had more layered perceptions of the past.

Generational differences in terms of social and employment prospects were also detected in the research. Generally, millennials have a bleaker outlook than Gen Z, which is less inclined to leave the country if the opportunity presents itself.

However, generational differences are less visible vis-à-vis current politics. Both groups see the role of political parties and leaders in a negative light, with the exception of some atypical figures, namely Kais Saied. For most millennials and zoomers, democracy remains vague, without real impact on their daily lives or foundation in Tunisian academic programs. The main values mentioned are respect, ethics, justice, and equality among all citizens.

As for priorities for Tunisia, a major challenge identified by both cohorts is the lack of public awareness of key issues. Gen Z and millennials also noted the following priorities:

Meanwhile, all groups agreed on the priority of the health sector, given its dilapidated states and major weaknesses. The assessment of the educational sector was more layered, depending on local context. Transportation was positively appraised, with stark disparities between urban and rural zones.

The study not only highlighted several divergences and convergences between Millennials and Gen Z, but also within the same group. Drawing a rigid line on a purely generational basis seems difficult based on the focus groups. The identified differences are far more complex. They stem from geographical, social, economic, and perhaps more than anything individual factors, given the impact of every citizen’s experience on their views and perception of their environment and public space. This is likely from the political socialization methods practiced by respondents. Discussions among family or friends, social networks, and social interactions have clearly been the main source of learning about values and democracy, far more than school and university. Some differences were expected in this regard between millennials (who had finished school before 2011) and Gen Z (who had finished after 2011). However, education programmes related to democracy (civic education, philosophy, languages) seem to have undergone little to no change in their content or impact on students with the beginning of the revolution.

The most obvious point of convergence is the negative perception of the current situation in the country. All interviewed youths were very critical of the political landscape. They also agreed on the weakness of vital public services and the ineffectiveness of political institutions.

Nonetheless, the key sticking point was the future. Gen Z had a more optimistic view than millennials had. We tried to analyse, understand, and explain this positive future outlook through the experiences of millennials who believe they are a forsaken generation, unlike zoomers who are still sheltered in school and university classrooms.