This paper was commissioned and edited in conjunction with Heinrich-Böll-Stiftung(Tunisia). You can download the full report by clicking on “download PDF” to the right of the page. 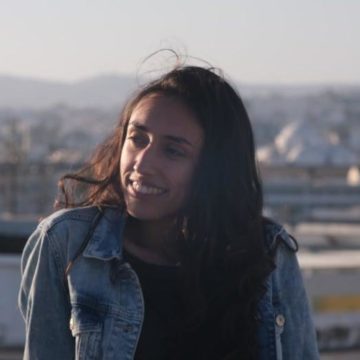 As the global energy sector sought to revamp itself over recent years, several countries around the world have joined a race toward green hydrogen –labelled “energy of the future”. Unlike grey hydrogen, made by fossil fuels (natural gas) and a significant source of greenhouse gases,1The production of a single kilogram of grey hydrogen from natural gas emits around 11kg of CO2 (source: « Hydrogène gris: l’hydrogène produit à partir d’hydrocarbures », 2Grey hydrogen production from fossil energies accounts for almost 830 million tons of CO2 emissions annually, i.e. 2.2% of all global emissions, IEA 2020 green hydrogen is generated by electrolysis whereby water is split using electricity from renewable energy sources. The combustion of 1kg of this gas produces almost four times more energy than one kilogram of gasoline.3L’essentiel sur l’hydrogène (What to know about Hydrogen), French Alternative Energies and Atomic Energy Commission (CEA), 30/09/2021 In 2021, the production of green hydrogen produced represents only 5% of the 94 million tons of overall produced hydrogen globally.4Global Hydrogen review 2022 However, this quantity is bound to rise, given the various strategies developed in the post-Covid economic recovery plans or by strategies to power Europe with alternatives to Russian gas.5Anna Skowron and Joachim Fuenfgelt, Regulating the Hype: Renewable Hydrogen in the global South, WFC 2020

While a global market for green hydrogen is being shaped, Tunisia launched in early 2022 the development of its very own national strategy for green hydrogen to be finalized by 2024. The country has already announced that it will prioritise export6Tunisia, future exporter of energy to Europe!, African Manager, 13/05/2022 of this green fuel over local use.7Développement de l’hydrogène vert : la Tunisie sur la bonne voie, La Presse, 10 septembre 2022 “Promoting green hydrogen, a growing market in today’s world, is very important to Tunisia,” affirmed GIZ, 8Deutsche Gesellschaft für Internationale Zusammenarbeit (GIZ), German organization for international cooperation the Tunisian government’s lead partner in this strategy development project.

Although the Tunisian Ministry of Energy has made green hydrogen one of its projects of high importance, civil society, scientists, and potentially affected communities have so far been left out of all conversations. Hence, the country misses a chance to map out eventual risks, environmental and social concerns and to address emerging concerns from the outset.

The large-scale production – powered by solar and wind energy megaprojects – requires vast mobilization of several types of resources along the entire production chain of this fuel. When the Ministry of Energy asserts that: “these projects do not entail obvious negative impacts on the environment,” nothing is less verified than such statement. Current discussions focus mainly on Tunisia’s position in this emerging global market, but they rarely touch on the social and environmental costs of this type of major projects. Nonetheless, multiple studies9Teske S., Niklas S., Mey F., (2022), Renewable Hydrogen in the Global South – Opportunities and risks, July 2022, University of Technology Sydney – Institute for Sustainable Futures (UTS-ISF); Ann Waters-Bayer and Hussein Tadicha Wario, “Pastoralism and large-scale REnewable energy and green hydrogen projects. Potential & Threats”, Heinrich Böll Stiftung, 2022. were published more recently, warning of the impact of these projects on natural resources – water, land, etc. – in countries heavily affected by climate change.

In addition, the benefit of this new sector is questionable in terms of Tunisia’s climate commitments. To this day, the country depends as much as 97% on Algerian gas to produce electricity10Tunisia: natural gas purchase deals with Algeria have increased by 25% between February 2021 and February 2022, Énergies Media, 16/04/2022 and the energy transition has stagnated. However, it plans to export the bulk of the green hydrogen potentially produced on Tunisian soil mainly to Europe, This was confirmed in interviews and meetings in the context of this report

While green hydrogen is a more preferable alternative than more polluting options, its mass production would primarily benefit the energy needs of Europe. This raises another fundamental issue as it is replicating an extractivist model  oriented towards international export markets and build on the overexploitation of natural resources.

To develop a green hydrogen production strategy, Tunisian authorities along with their European partners, namely Germany, seek to prolong the exploitation of resources of neighbouring countries without sufficiently considering the energy needs of locals, the social and environmental risks, the fact that Tunisia is a water stressed country or the financial debt resulting from such investments.