“What is a State without the People?”: Statehood Obsession and Denial of Rights in Palestine – Arab Reform Initiative

“What is a State without the People?”: Statehood Obsession and Denial of Rights in Palestine

The Palestinian political leadership’s obsession with the idea of statehood as a means to realise self-determination and freedom has proved to be detrimental to the struggle of decolonising Palestine. By prioritising “statehood under colonialism” instead of focusing on decolonising Palestine first and then engaging in state formation, the Palestinian leadership – under pressure from regional and international actors – disempowered the people and empowered security structures which ultimately serve the colonial condition. 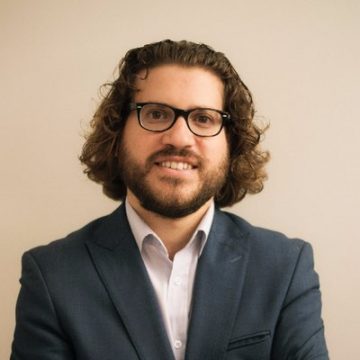 Research Associate at the Centre on Conflict, Development and Peacebuilding

The Palestinian political leadership’s obsession with the idea of statehood as a means to realise self-determination and freedom, has proved to be detrimental to the struggle of decolonising Palestine. This leadership – under the pressure of regional and international actors – committed a strategic mistake by prioritizing a “statehood under colonialism” paradigm instead of leading processes to decolonise Palestine first and then engage in processes of state formation. Statehood under colonialism is a fundamentally flawed paradigm and a distraction from the core impediment to peace and justice.

The adoption of this “miscalculated priority” could be illustrated through four “critical junctures” in history and until the present day. These include the 1988 Palestinian Declaration of Independence, the signature of the 1993 Oslo Accords – which was, in essence, a security arrangement – to eventually establish a state, the state-building project under the premiership of Salam Fayyad, who declared that Palestinians are getting “closer to the Rendezvous with freedom” as the state exists in all but name,1Salam Fayyad, “Talk to Al-Jazeera: Salam Fayyad”, Al-Jazeera, 6 August 2011. Available at https://www.aljazeera.com/programmes/talktojazeera/2011/08/201186783974816.html and finally the Palestinian Authority’s UN statehood bid led by President Mahmoud Abbas, which continues to unfold until the present day. “Statehood” becomes the narrow and only lens through which the political leadership examines the national liberation project, and against which their strategies are assessed. It also becomes the analytical and operational lens that the international actors use to justify their policy interventions, aid packages, and political benchmarking. Yet, this alignment on the objective and approach reinforced the impasse.

Crucially, what is common between these four “critical junctures” is not only the centrality of the “idea of the state” in the Palestinian political thinking, but also the resulting outcome and consequence. At the end of each juncture, Palestinians have emerged weaker, more fragmented, and further away from statehood. This is not a mere coincidence nor an unintended consequence, but this outcome is directly linked to the failure of the adopted political strategy as “statehood mania” did not only sustain the status quo and the asymmetry of power in favour of the colonizer, but also disempowered the people/nation as a core element of any state, and instead empowered the “wrong national institutions” under the colonial condition. It empowered security structures and institutions to solidify the existing matrices of control, instead of expanding the already narrow margin for freedom or expanding the capacity and capabilities to realise freedom.

More precisely, the statehood obsession has created structural deficiencies in the Palestinian governance and political systems that fundamentally altered the role of the governed, the people. With every statehood iteration, the Palestinian people were further alienated from the core of the political system and governance structures. This did not only result in the erosion of the legitimacy of these governing bodies and their strategies, but more importantly, it stripped the Palestinian people from their transformative capacity and weakened their ability to effectively resist the colonial and oppressive structures.

The dismissal of this core ingredient (people) in the “statehood mix” is not only a home-grown failure, but indeed an externally sponsored top-down enterprise that aims to invest in building “modern state institutions” regardless of their inclusivity, responsiveness, or accountability to the people, let alone their functionality and effectiveness. A resident of Jenin refugee camp in the occupied West Bank told me, “The phrase Dawlat al-Moasassat puzzles me. First, where is the state, and second how come Al-Dawla (the state) has a space for all these institutions (al-Moasassat) but not for the people. What is a state without the people?” Another refugee from Balata refugee camp in the occupied West Bank told me, “I was watching the UN statehood bid on TV like any other person watching the speeches from anywhere in the world. Yes, I dropped a tear when people clapped, but emotions don’t make a state, and declarations don’t change realities. I looked for the state the day after, but I did not find it, and now years after I can only see sarab al-Dawla [statehood mirage]”.

Therefore, the tangibility and the de facto materialisation of the state is vital in order to perceive it as a vehicle to realise rights. But when the state is a mere mirage and hallucination (even if it is portrayed as the ultimate national aspiration by the political élite), it becomes a necessity for all actors involved to re-assess the relevance of this cornerstone for peacebuilding (statehood), and re-envision different paradigms. They also need to engage with processes that first and foremost lead to the emergence of a conducive environment for the idea of statehood to flourish and to be relevant and meaningful.

Yet, instead of engaging in a process of re-envisaging, the local and international governing actors did not only dismiss and disempower the people as a main ingredient in the statehood project, but they also invested in and empowered the “wrong national institutions” under the colonial condition. In other words, the internationally sponsored Palestinian Authority’s state-building project was premised on its ability to govern through building a strong security establishment. Hence, the implementation of a fundamental reform/reinvention of the security sector became the defining feature of the state-to-be.2Alaa Tartir (2017) “Criminalizing Resistance: The Cases of Balata and Jenin Refugee Camps”, Journal of Palestine Studies, 182: 46, 7-22, DOI: https://doi.org/10.1525/jps.2017.46.2.7

The political-security leadership perceived policing as a manifestation of its security doctrine that sought to ensure the “state” monopoly over the use of violence in Palestinian society. By acting as if they were sovereign bodies, and presenting their behaviour as “professional”, the governing actors and their financial backers effectively solidified and professionalized Palestinian authoritarianism, all under Israeli colonial rule.4Alaa Tartir (2018) “The Limits of Securitized Peace: The EU’s Sponsorship of Palestinian Authoritarianism”, Middle East Critique, 27:4, 365-381, DOI: https://doi.org/10.1080/19436149.2018.1516337

The rise of authoritarian governance structures, the absence of democratic participatory political processes, and the celebration of the trappings of statehood did not only render the mere idea of the state – as a vehicle to realise rights – simply unviable and unattainable, but also contributed to the denial of Palestinian rights, including the right to sovereign statehood.

Almost a decade ago, in April 2010, the Palestinian Authority’s Prime Minister at the time, Salam Fayyad, declared that the Palestinians want an independent and sovereign state, and “they are not looking for a state of leftovers – a Mickey Mouse state”.5Salam Fayyad, “Palestinian PM to Haaretz: We Will Have a State Next Year”, Haaretz - Akiva Eldar, 2 April 2010. Available at https://www.haaretz.com/1.5099596 Yet, the “leftovers state” is an accurate depiction of the reality of the “statehood project” as of today. And this is one reason why the Palestinian people are sceptical of the ability of this project to deliver meaningful outcomes (sovereignty and freedom) for them, despite the delusions of their political leadership and their international and regional backers.

Therefore, it is imperative for the Palestinians to envision a different future that goes well beyond the idea of statehood – as they have been exposed to it over the past few decades – in order to start a process of changing the realities of today.

Research Associate at the Centre on Conflict, Development and Peacebuilding 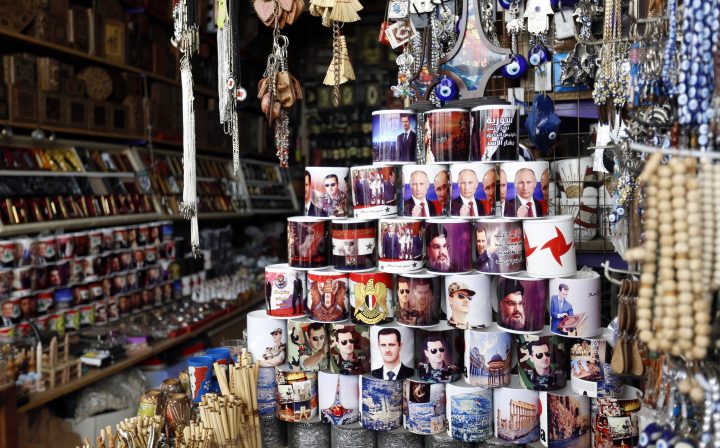 The Syrian State:   A Two-Headed Monster is Emerging 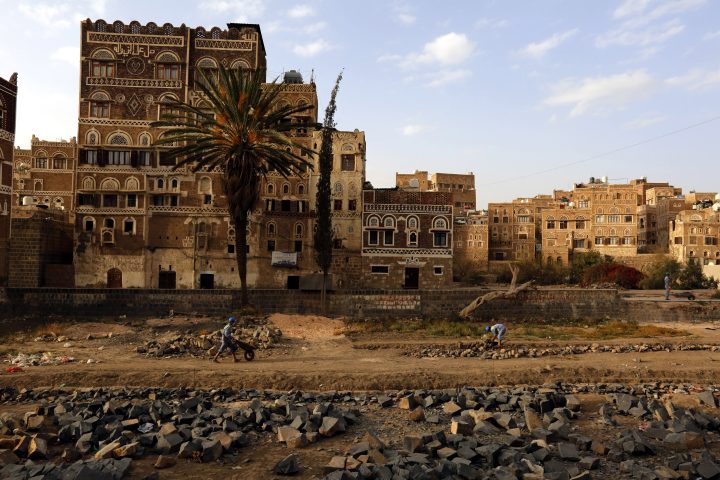 A Strong Central State:   A Prerequisite for Effective Local Governance in Yemen