A Strong Central State: A Prerequisite for Effective Local Governance in Yemen

Federalism was posited as a viable vehicle for power-sharing and decentralization in Yemen and is considered a likely outcome after the conflict. But it is a mistake to view it as a means of achieving stability. Several prerequisites are needed for the devolution of power in Yemen to work effectively; primary among them is the existence of strong consolidated central institutions. 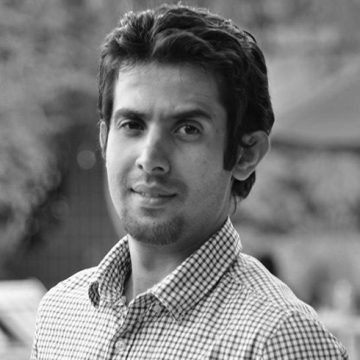 *This piece published by ARI in collaboration with Chatham House is part of a series which addresses the future of governance and security in the Middle East and North Africa, and their impact on the role of the state in the region.

Local governance has been viewed by academics, analysts and some political leaders in Yemen as a panacea to redress the excessive control of the central government, bring the state closer to its citizens and provide those citizens with socio-economic and political stability. Federalism, as a form of local governance, was adopted at the end of the National Dialogue Conference in 2013-2014, although there were disagreements over the number of regions and the federal map. It was posited as a viable vehicle for power-sharing and decentralization in Yemen and is considered a likely outcome after the conflict. However, there are several prerequisites for the effective devolution of power that are not yet in place in Yemen, most prominently the existence of strong consolidated central institutions. In short: it is a mistake to view federalism as a means of achieving stability, rather than a future goal once stability has been achieved.

How failure to decentralize contributed to fragmentation

Prior to the current conflict, power and resources in Yemen were consolidated at the central level by a group of political, social, tribal and military elites. The state had previously responded to calls for decentralization in 2000 with the Local Authority Law (LAL), which contributed to the growth of local councils. However, the LAL was never fully implemented, and Yemen failed to achieve a well-functioning decentralized state in part due to the late President Ali Abdullah Saleh’s fears of conceding power, as well as other political disputes. Decentralization efforts notably stalled at a time when Yemen had relatively stable state institutions, a single government, a functioning parliament and no civil war, in contrast to the current reality.  The distance between the central state and its citizens, rampant corruption and the dominance of one political party were contributing factors to the current conflict, as well as to the failure of decentralization.

After experiencing five years of conflict and multiple coups, Yemen’s central state is weak and fragmented. The country is divided between two governments: an internationally recognized government led by President Abdu Rabbu Mansour Hadi, which is based in Riyadh, and a de facto government run by Houthi militias from the country’s capital, Sana’a. Both competing authorities have failed to provide basic services to citizens.

President Hadi’s government currently lacks the capacity and infrastructure as well as the political ability to operate inside Yemen, especially since it was pushed out of its temporary capital of Aden following the August 2019 coup by the Southern Transitional Council (STC). Hadi’s Houthi opponents have depleted state revenues to finance their military efforts at the expense of basic services. Meanwhile, Saudi Arabia and the United Arab Emirates (UAE), while supposedly on the side of Hadi’s government, have undermined its legitimacy on the ground by providing military and financial support to non-state actors. As a result, the Yemeni internationally recognized government lacks a monopoly on force even in areas it controls. Given the current absence of consolidated strong central institutions, further fragmentation is prone to happen.

Failures and successes in Yemeni government’s local relations during conflict

After Hadi’s government relocated to Aden, it eventually, and only partially, resumed its functions in the temporary capital, managing to stabilize the country’s currency, the Yemeni riyal, provide limited services, such as education, health and electricity, and pay the salaries of civil servants working in territory it controlled. However, this limited capacity was undermined by the STC’s partial takeover of Aden in January 2018. The STC, a secessionist group that wants to revive an independent South Yemen, is supported financially and militarily by the UAE and led by two former government officials who Hadi had dismissed in 2017.

After partially taking control of the city, the STC succeeded at neither delivering public services itself nor managing the work of local authorities in Aden to do so. Instead, the secessionist group focused on hindering Yemeni government efforts to deliver these services. While Saudi Arabia and the UAE managed to broker a fragile détente between the nominal allies in the fight against the Houthis, in August 2019 the STC engineered a full coup and assumed complete control over Aden. Since taking control, the STC has not managed to improve service delivery in the city.

Within the territory still nominally controlled by the internationally recognized government, some governorates have successfully assumed additional responsibilities as the government’s capacity has weakened. Local authorities in Marib and Hadramawt, both relatively rich in natural resources, have coordinated with the central government to devolve power. The Yemeni government agreed with both governorates to allocate 20% of the oil and gas revenues for local development programmes. This mutual understanding, although limited, has been key to the relative stability in Marib and Hadramawt, which have managed to provide a higher level of services, compared to the rest of the country, and achieve a degree of normal life during the conflict.

Achieving federalism requires more than political will. It demands mutual understandings between the central government and local authorities, through a process that allows all sides to mitigate concerns about dominance or manipulation of resources and political power. The process of decentralization must create channels of cooperation between regions to negotiate the devolution of powers peacefully. To orchestrate this it is critical that Yemen has a strong central state apparatus to arbitrate disputes and ensure that it acts as a guarantor of certain key principles, such as maintaining the sovereignty of the state, managing central institutions including foreign affairs and defence, ensuring equitable distribution of resources and ensuring that some provinces do not secede completely, among others.

Among many Yemeni politicians and intellectuals, federalism is still viewed as the optimal form of governance in a post-conflict context to enhance local governance, respond to the demands of various political groups, and remedy the fragmentation that is currently rife in the country. However, instituting a federal system requires political and social stability, as well as solid institutions, functioning financial systems, legislature and judicial bodies, and the willingness of all local parties to adopt a mindset to engage in good faith with a new governance model. Most importantly, various grievances that would impede the process must have been addressed, notably the southern demands for more autonomy and for some, outright independence.

The weak state: the biggest challenge to decentralization

A key outcome of the 2011-2014 transition period following the Yemeni uprising was the option of federalism as a new form of governance. Hadi, the newly-appointed president at the time, tried to push a six-region federal system, which was opposed by several key political power brokers – including the Houthis and southern groups – and became one of the drivers of the current conflict.

Today, Yemen’s weak state and government are the primary obstacles to the country’s transformation to a federal system or any other form of empowered local governance. Thus, a move to federalism is not a realistic prospect in Yemen at present, and the prerequisites for this form of decentralization are unlikely to be in place quickly in a post-conflict scenario. At this stage, the priority should be rebuilding and strengthening central state institutions; seeking to enforce or prioritize federalism as an outcome would be counterproductive and only lead to further fragmentation.

Instead, open discussions on multiple potential forms of decentralization and power-sharing should be held to allow creative and practical solutions to emerge.  Yemen, in its current situation, cannot endure or implement a new governance project based on federalism. The priority should be to agree on a temporary and transitional governance model1The transitional governance model should be based on agreement by the different parties. Different possible options for such transitional governance are explored in this paper devchampions.org [PDF] that would prioritize strengthening state institutions, and a dialogue must be held to resolve political disputes. In the absence of clear national state institutions that can provide protection and basic services, devolving power can be a harmful and risky effort that can lead to further fragmentation and violence. 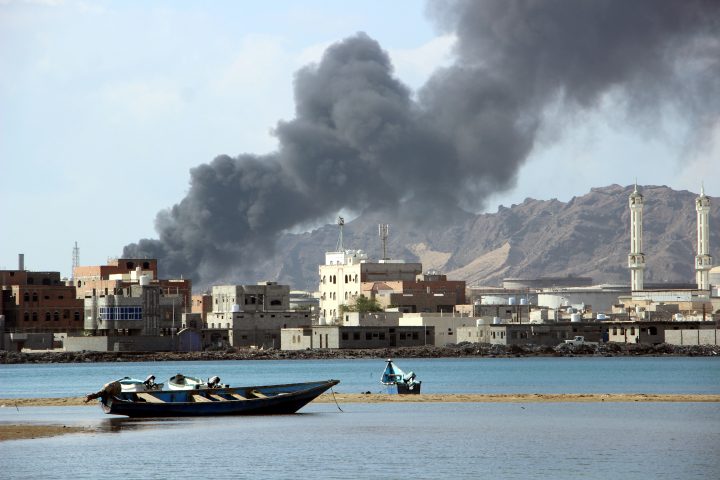 The View from Aden:   A Shadow State between the Coalition and Civil War 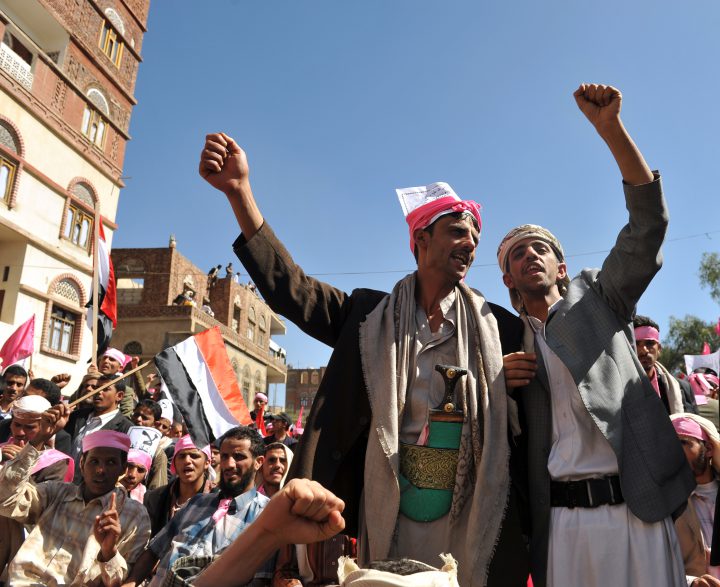 Yemen’s Federal Alternative:  A Path to an Enduring Peace?