Political Reform and the Reconfiguration of National Identity in Syria 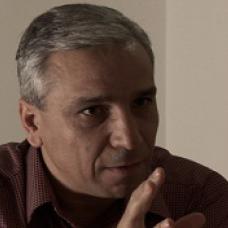 Is it necessary for a conversation about cultural or social diversity in Levantine or Arab societies to be tied to another conversation about the disintegration of these societies and the risk of allowing powerful western powers a firm foothold in the area? Is there not a way to strengthen the unity and cohesiveness of these societies without dropping a wall of silence over the realities of diversity, all in the name of “national unity”? Could we not develop an approach that brings together these realities without camouflaging, exaggerating or down-playing their importance? Could we not place this approach within the context of a national democratic policy that guarantees equality and equal rights to all the country’s citizens regardless of their origin and background? Iraq’s current predicament is living proof that we need to transcend these ostrich-like policies as far as the social, cultural and religious make up of Arab societies are concerned. Syria cannot afford to be unconcerned by the ramifications of the long suppressed problems of diversity, especially given the intense and belligerent foreign presence in the region. Ever since the “oriental problem” surfaced, western presence in the region has traditionally been associated with the destabilisation of Levantine societies. Redefining the roots of Syrian national identity, as this paper argues, will end the risks of a possible resurgence of the oriental or the Greater Syria problems that operate under the old-new dilemma of “protecting minorities or spreading democracy.” The paper proposes the reconfiguration of the Syrian national identity based on an all-encompassing principle that considers Arabism as part of being Syrian, and one of the cornerstones of the democratic Syrian national identity. It distinguishes however this vision from another exclusive one, which believes that one cannot be an Arab except if he ceases to be a Syrian, a Muslim or a Christian, a Sunni or a Shiite… and conversely, cannot be a Syrian except if he ceases to be an Arab or a Kurd, a Christian or a Muslim… Arabism is part of Syria and not the other way round, and Islam is part of Syria and not the other way round. The first step on the road to democracy is to recognise one’s national reality, as it is, with its complexities and multiple dimensions intact. Above all, the Syrians’ very first democratic representation should be the factual representation of their realities on the ground, and the formulation of theories that make room for their country’s complex social realities.