In the aftermath of the 2011 uprising, the Arab Reform Initiative launched a series of studies that captured the spirit of the Tahrir gatherings and the social mobilization that flourished during the window of opportunity that briefly opened. The studies, published in two volumes in Arabic and one in English, and titled Effervescent Egypt: Venues of Mobilization and the Interrupted Legacy of 2011, offer a rare and broad snapshot of an ephemeral moment in Egypt, when autonomous mobilization, organizational experimentation, and the demand for rights and equality were generalized across the enlarged public sphere.

ARI spoke to one of the authors of the study, Claire Talon (Senior Research Fellow at ARI), about the challenges facing social mobilization in Egypt today. This is what she has to say:

1. In Egypt today, is there still room for political organization?

As of today, we can reasonably say that no room is left for any kind of political organization. Repression has escalated to unprecedented levels since 2013. The arrest or prosecution of all potential candidates for presidential elections to come - coupled with a war being waged against the opposition, any dissidence, and NGOs - has sent a very clear message to the whole of civil society: no political organization is tolerated by the president.

This fact doesn’t mean that there is no mobilization process ongoing, or social movements developing. In the course of the last couple of years, we have witnessed multiple, spontaneous small mobilization processes levered by simple citizens on issues such as housing, health and education.

So even though the room for political organization today amounts to nothing, many initiatives are aiming at changing political practices and norms. We shall keep in mind that the dynamics behind social and political change are actually much more complex than the mere question of organization. Actually, the absence of leadership, ideology and organizational structure have been key to the Arab Spring, as shown for instance by the work of Asef Bayat, who has shown and developed the idea that « social non-movements » are able to promote social and political reforms.

2. What do you think caused social mobilization to decline in Egypt?

The research collected by ARI actually suggests that the main issue in building politically motivated platforms or organizational patterns out of heterogeneous social movements has not been to resist the state’s unrelenting efforts to undermine political strategies, but rather to maintain or establish sustainable relations between civil society organizations and their base.

Despite a growing sense of agency, Egyptian civil society is actually torn by segmented approaches, a preference for loose networks, and a constant lack of legitimacy of civil society organizations.

A recurrent issue in the studies collected by ARI is the need to strengthen links between organizations working on public policy, which like to see themselves as outsiders, and those working on the ground, and to build up their “complementary strength”.

3. What are the lessons that can be learned from the studies?

The studies commissioned by ARI highlight three important elements that help understand the ins and outs of the mobilization process in Egypt: 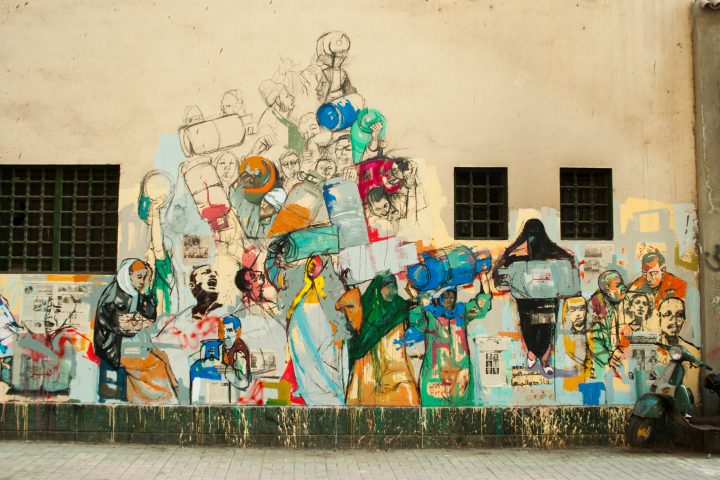 Effervescent Egypt:  Venues of Mobilization and the Interrupted Legacy of 2011