The Moroccan monarchy has used political parties, including the PJD, to legitimize the country’s authoritarian political process and structure, and to absorb social and political anger.  This paper argues that putting the parties at the frontline without sufficient capacity to enact deep reforms weakens them as a shield against growing popular frustration. While this approach may work in the short term, it risks the country’s stability in the long term. 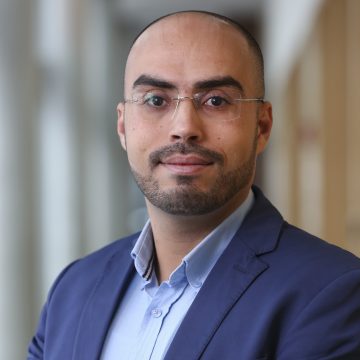 1 *This piece is published in collaboration with Chatham House. It is part of a series which addresses the future of governance and security in the Middle East and North Africa, and their impact on the role of the state in the region.

Ever since independence, the Moroccan monarchy has used political parties to legitimize the country’s authoritarian political process and structure, and to absorb social and political anger. The palace puts successive governments and other elected institutions, such as local and regional councils, at the frontline of public blame, and replaces them once they fail this function. This formula has enabled the monarchy to appear to stand above (daily) politics while remaining the dominant political institution.

The palace has used this recipe with the Justice and Development Party (PJD), the moderate Islamist party that emerged after 2011 parliamentary elections as a reliable governance partner, in the face of the weakness of Morocco’s non-Islamist political parties, such as the Socialist Union of Popular Forces (USFP). With this formula, the palace remains the centre of political power, while the PJD – and other political parties before it– takes responsibility for coping with the mounting socio-economic crisis.

The PJD trades this acquiescence for the prize of being the titular head of government, allowing it to avoid the harsh repression it would likely face if it were instead in the opposition, to enjoy substantial resources and status, and, most importantly, to normalize its relations with the palace.

Despite the apparent support of the palace, it seems that the PJD and indeed other political parties as well are losing the trust of the citizenry, essential to playing their historic role as a political buffer, which risks putting the palace in direct confrontation with the street, a situation the regime has long tried to avoid.

PJD resilience at the helm of the government rests on two factors: its electoral performance and the palace’s support. The PJD performed well in two consecutive parliamentary elections, in 2011 and 2016. However, winning elections is not enough for a party to remain at the head of the government. Parties also need support from the palace since the King retains extensive powers over appointing governments. The fact that the palace decided to keep the PJD in the government – at a time when neighbouring countries such as Egypt reverted to repression of Islamists – is itself a sign of the palace reliance on the PJD to stabilize the country. The palace had many occasions to remove the PJD from the government, such as in summer 2013 where the PJD lost its majority in parliament, but it preferred instead to pursue a strategy of containment instead of repression.

This tacit support was clear in the recent cabinet reshuffle in October 2019. The new version of the PJD government reflects significant changes, including a reduced number of ministers, from 39 to 23, but the number and importance of pro-palace “technocratic” ministers, not affiliated with any political party, has increased.

Despite the fact that the government reshuffle was done in an opaque way, as the parties in the governing coalition had almost no say over the process,  Prime Minister Saad Eddine El Othmani portrayed it as a success for the PJD, although the party did have to make concessions. This is because party leaders believe that being in the government, however weak, is less bad than being in the opposition, where it would be vulnerable to regime repression and forego the rents and benefits that come with participation in the government.

The palace’s decision to keep the PJD at the helm of government can be explained first and foremost by the fact that the PJD, in addition to being loyal to the monarchy, is well-organized with solid grassroots support, while most other political parties lost credibility in the eyes of Moroccan citizens because they are either too close to the regime or have been part of the previous governments, and thus are blamed for the failures, or because of internal conflicts. Keeping the PJD at the helm of the government seems to be the best option for the palace as a pare-choc (bumper) against growing popular anger.

High level of distrust in the political process

However, palace reliance on the PJD has its limits. Since 2016 Morocco has seen growing public frustration, demonstrated by the protests in the Rif and Jerada and beyond. A consumer boycott movement in 2018 against three major companies with ties to the political elite presented a new manifestation of non-cooperation and passive protest, coupled with a decreased trust in elected institutions.1The boycott movement targeted three companies: Afriquia (an oil and gas conglomerate), Centrale Danone (a Moroccan subsidiary of the French multinational Danone) and Sidi Ali (a popular brand of mineral water).  In a  December 2019 study by the Moroccan Institute for Policy Analysis (MIPA), 69% of the Moroccans surveyed expressed worry about the country's general direction. Half say they are unhappy about the economic situation, and about 74% believe that government efforts against corruption are ineffective. Moroccans feel a great deal of distrust in elected institutions. In the case of political parties, about 69% of Moroccans said they did not trust all political parties. Only 25% trust unions or syndicates, and only 23% have confidence in the government.2Despite the crackdown on protests, the police enjoy 78% confidence amongst respondents, a much higher rate than that of elected institutions. This surprising result might be explained in part by the fact that Moroccans blame the government for the failures in socio-economic policies while it may also reflect a fear among respondents to express their real views concerning the police - so the high reported trust in the police may reflect a sentiment of fear rather than actual confidence.

The prevalence of corruption in particular decreases trust in institutions and was one of the main drivers behind the resurgent protest movements. Faced with this growing popular scepticism about the country’s future, the king promised in 2018 a “political earthquake” which led to the sacking of several ministers by the king, including the ministers of interior, education and health in summer 2018 (none of them from the PJD). Many Moroccan Human Rights NGOs were also unhappy with the palace’s resort to a securitized approach and the use of excessive force to suppress the protests in the Rif and elsewhere.

The king’s displeasure with the government performance in the area of socio-economic development and in responding to the popular anger led to a second reshuffle in October 2019, which further weakened the government and the PJD’s position. More recently, in mid-November, the king nominated Chakib Benmoussa (a former minister of interior) to head Morocco’s New Development Model Committee, which is supposed to make suggestions on how to improve socio-economic reforms already has put into place by the government and increase their effectiveness.

The regime’s support of the PJD seems mainly rooted in the fear of social protests. Preserving the PJD at the helm of the government provides the palace with the last (reliable) shield in front of growing popular dissatisfaction. The PJD party machine – with vibrant grassroots and strong organization – allows it to play the buffer that absorbs popular anger that is mostly directed at the government instead of the palace.

However, putting the parties at the frontline without sufficient capacity to enact deep reforms to contain popular anger will not address people’s demands, given how they are perceived as not trustworthy. In Morocco today, all political parties, including the PJD, are losing the confidence of citizens.

The palace’s approach may work in the short term, but the weakening of political parties, including the PJD, risks in the long term to destabilize the country’s, as the palace will lose a key stabilizing element.

An alternative course of regime action is political and economic liberalization. In this regard, some grand reforms are needed.

A wide political opening coupled with promoting public freedoms and strengthening elected institutions must be put in place as prerequisites to restoring trust in the political process. But this is not enough. It needs to be supported by economic reforms that include significant economic liberalization to end the concentration of wealth and power in the hands of a few crony capitalists. These reforms need to be coupled with strong and effective mechanisms of accountability and enhanced transparency. This is unlikely to happen given the lack of political will by key actors, but to procrastinate, will only raise the future cost for the palace and political parties.