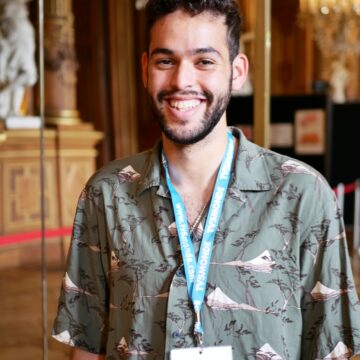 *This paper is the winning submission of our 2022 Student Essay Contest. It has been slightly edited for style; the arguments, tone and content are those of the author.

The history of the women's movement in Morocco is that of a social movement that has emerged as a significant actor in the socio-political reform context of the country thanks to the effectiveness of its lobbying for feminist reforms. This is evidenced by the Women's March (2000), the change of the Family Code (2004) or the proclamation of gender equality in the new Constitution (2011). The Moroccan women’s movement is composed of different associations, collectives and initiatives that have managed to come together at key moments to lobby for reforms.  This essay analyzes the women's movement in Morocco with an eye to drawing lessons on how can movements overcome social divisions when lobbying for feminist policies.

What makes a social movement effective at driving change?

Five factors determine the efficiency of social movements in their lobbying practices: A clear identity of the movement, constant pressure, coalition building, variety of mobilization and knowledge of its opponents – although these criteria are often undermined by social divisions. We distinguish two kinds of divisions: (i) internal ones emerging from within the movement itself and (ii) general challenges in the sociopolitical context affecting the movement. Drawing on the strategies employed by the women’s movement in Morocco, we present the following guidelines to meet key factors to successfully lobby for feminist policies:

When overcoming the divisions within a social movement, three strategies are to be taken into consideration:

Firstly, building a movement with an anonymized identity rather than presenting strong leaders for each subpart of the movement. The common point of social movements that have succeeded in mobilizing and destabilizing regimes in the Southwest Asian and North African region (SWANA) is the absence of a single person embodying the struggles expressed. The Tahrir Square demonstrations in Egypt and the protests in Tunisia in 2011 show how focusing on groups rather than leaders avoid bringing down a movement if the leaders are arrested or killed. This is also the case in Morocco where the women's movement is composed of women and their history rather than female figures embodying its totality because it is harder to jail a whole movement. In addition, this strategy also avoids any conflict of hierarchy within the movement.

Secondly, another strategy lies in the constant adaptation of the social movement to transnational changes. The emergence of Islamism in the Middle East and in the Maghreb has led to social divisions within the women’s movement. Consequently, a large number of feminist scholars developed Islamic reformism, a school of thought consisting of a feminist review of Islamic history. This avoided the dismantling of the movement and allowed for bridges to be built between the different components of the movement when it went through an identity crisis notably around the question of feminism and Islam. Figures such as Asma Lamrabet, Fatema Mernissi and Nadia Yassine brought to the women's movement a complexity and completeness that was necessary for its cohesion and attracted more women. This helped continue the pressure necessary for feminist lobbying.

Thirdly, the clear statement of the grievances of a social movement is a critical strategy to overcome the many social divisions within it due to the multiplicity of organizations it contains. The wholeness of a movement comes from the agreement around the objectives against which its participants gather. The case of Amina Filali (2012), a woman who committed suicide after being married to her rapist because the Moroccan law allowed it, played a mobilizing role in making certain patriarchal laws as the target of the women's movement and demanding their removal.

Consultations carried out by feminist movements on the Amina Filali’s case surpassed the discourse of emotionality and the personalization of the affair. Her case and various others amplified feminist movements’ demands and led to recommendations to the State on the overall status of Moroccan women. Indeed, it is all the socio-economic segments of the movement that came together to call for the removal of article 475 of the Penal Code -- which allowed a rapist to avoid prosecution by marrying his victim – as a priority. This was a major victory for the lobbying of women's movement in the region as well as a self-taught lesson of cohesion.

Successful lobbying for social change depends on knowledge of the political and societal system being opposed and the development of coalitions. This paper advances the following recommendations:

Firstly, lobbying actors need to understand the multifaceted nature of the system they are trying to change and therefore a social movement must mobilize a varied and diverse set of tools to oppose it. To do so, we recommend drawing from the experiences of the sub-groups within the movement and adapting to the existing environment. This chameleon effect puts at the forefront of each part of the system a singular solution. For example, in the case of facing the government, the Moroccan women’s movement invested politics while avoiding becoming an instrument of state feminism by leading social work in many important associations beyond the reach and control of the state. This was done by important figures of the movement like Aïcha Chenna, a leading activist for abortion laws in Morocco.

Secondly, how does a movement create new alliances? It is enough to look at the changes in coalitions in the women’s movement in Morocco when women entered left-wing parties such as the Socialist Union of Popular Forces in 1970 and aimed to lead and raise awareness of left-wing ideals around feminism in Morocco. The same strategy has been successfully used in Tunisia during the 2011 revolution. Indeed, coalition building means diversifying the struggles of other movements. To do so, this paper recommends participating in other movements and pushing within them for the elaboration of a gender perspective for their grievances. This allows to prepare the ground for the meetings between social movements and amplifies the legitimacy of feminist policies while adding to the number of allies.

Lastly, a social movement should look and learn from other attempts made in other societies with similar sociopolitical contexts. To succeed, it should learn different repertoires of action. Undeniably, the success stories of several women's social movements in the Maghreb in changing the laws of their countries are a result of learning from the experience of movements in neighboring countries. The Collectif 95 Maghreb-Egalité is an example of a coalition that overcame social divisions in feminist struggles by thinking of the obstacles to lobbying as transnational and by collecting solutions from other movements’ experiences. Another example is that of LGBTQIA+ feminist collectives such as Nassawiyat in Morocco. Nassawiyat leaders managed to create emergency funds and activities in a country that criminalizes both male and female homosexuality by working alongside their Tunisian (such as the Shams association) or Lebanese (such as the historic HELEM association) counterparts. Therefore, it is essential to expand the repertoires of action of a social movement by comparing it to and adapting its actions with other countries which allow for more effective lobbying so that it is constantly rethought, modernized and aware of all the scenarios of the opposition. This will show how the movement is not unique nor alone in its struggles and reinforce the legitimacy of the movement’s grievances.

What I want to argue is a two solutions strategy for any social movement seeking to elaborate an effective and successful lobbying activity. On one hand, to overcome social divisions, the movement must first be aware of the social divisions as either ensuing from within the movement or posed by the society in which it finds itself. On the other hand, it is the conjunction of all the listed criteria allowing the cohesion of the movement and its legibility as a movement welded by the opposition which makes its lobbying strategies effective. This enables the movement to present itself with a clear identity, based on a mobilization of varied participants, operating a constant collective pressure, elaborating coalitions that allow it to forge its repertoires of action and its collective strategies against a known opponent.

In the case where these recommendations are partially followed, they make it possible to raise society's awareness of feminist issues, affirm the existence of such a movement and lead to major societal debates about the place of women in society and politics. In the best of cases, these debates lead to effective changes, lobbying at the highest levels of government and to the continuity of the social movement beyond these initial feminist gains.