Iran’s regional role in MENA is influenced by the evolution of its state-society relations and shifts within its state institutions. This paper argues that the growing regional role of the Islamic Revolutionary Guard Corps (IRGC) is a reflection of the militarization and securitization of the Iranian political system. Conversely, frustration by segments of the Iranian population with the political system’s inability to deliver economically has increasingly manifested itself in criticism and contestation of the regime’s regional role. 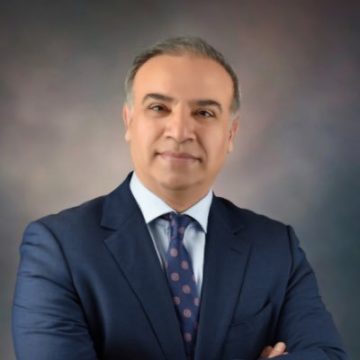 In late May 2020, Heshmatollah Falahatpisheh, a former reformist Iranian lawmaker and Foreign Policy Commission Chair, told the reformist newspaper Etemad that Iran has spent $20-30 billion in Syria. The publication of such an explicit figure concerning Iran’s regional policies was considered unprecedented in a country where foreign policy is often presented and analyzed – by internal and international observers - as independent of domestic or economic considerations.

In fact, Iran’s regional role in MENA is heavily impacted by the evolution of its own state-society relations and by shifts within state institutions. The growing presence of the Islamic Revolutionary Guard Corps (IRGC) as a regional actor is in part a reflection of the militarization and securitization of the political system within Iran. Conversely, frustration by segments of the Iranian population with the political system’s inability to deliver economically has increasingly manifested itself in criticism and contestation of the regime’s regional role. These shifting dynamics have affected the way the Iranian regime rationalizes and justifies its regional involvement and can be seen in the move from a discourse focused on spreading Shia influence to more pragmatic formulations framed around security and economic interests.

The IRGC’s growing domestic role and its regional manifestations

Iran projects to the Arab world an image of an Iranian population fiercely loyal to the state. However, even during periods of economic growth in the 1990s, Iran still witnessed waves of domestic dissent, to which the Iranian authorities responded with growing militarization. In the early 1990s, the IRGC was given a bigger platform and came to be increasingly involved in the economy, which strengthened its domestic position.

After the 1999 confrontations between students at Tehran University and the security forces during the Mohammed Khatami’s presidency, the IRGC became more involved in domestic politics. Khatami’s criticism of the way the security and military establishment dealt with the student protests led to a violent response by General Rahim Safavi, the commander-in-chief of the IRGC, who stated that the military will respond "by breaking pens of critics and cutting their throats."

During the presidency of Mahmoud Ahmadinejad, the presence of the military in Iran’s political scene became more prominent. Former Revolutionary Guard officials were appointed into different government positions, especially in the Ministry of Interior, and the IRGC’s economic institutions were given a role in major economic projects. This was interpreted as a kind of quid pro quo by President Ahmadinejad, who was supported by the IRGC during elections. During the Ahmadinejad era, the military budget doubled from $6.8 billion in 2005 to $12.58 billion in 2009. Militarization continued during the Rouhani period as well, despite his efforts to undermine and marginalize the IRGC. The IRGC still controls a significant portion of Iran’s underground economy. The government defused the 2017 protests by acknowledging the legitimacy of some demonstrators’ grievances, while also using repressive force, shutting down of access to social media, and arresting protestors. On 20 November 2019, President Rouhani stated that the regime had achieved “victory” by putting down the unrest. And, in 2019, the IRGC's overall budget was increased from 202 trillion to 255 trillion rials or $4.7 billion. The sanctions relief during Rouhani’s period also contributed to investing in the armed forces through raising its pervasive influence in the Iranian economy and making more funds available for its activities.

Another survival strategy followed by the Iranian regime is securitization, which can be defined as perceiving or viewing every kind of demonstration as a threat to national security that requires an immediate response, using maximum power or force. The Iranian regime was able to handle different expressions of dissent that occurred in Iran by depicting them as threats. Through stigmatizing demonstrators with various accusations, demonizing them, and casting them as tools of external actors, the regime was able to crush movements or attempts to counter it, thereby gradually quelling any possible future opposition.

Securitization measures were taken against all demonstrations that took place from 1999 until today. This was most prominent in the Iranian presidential election protests in 2009 (The Iranian Green Movement), in which protesters demanded the removal of President Mahmoud Ahmadinejad from office after he was declared the winner of an election that protestors viewed as fraudulent.

The regime met the protests with a tight fist, a series of raids, arrests, and detentions. The regime’s securitization efforts also included populating unelected governmental institutions with loyalists, rather than qualified persons. This was the pattern throughout the 1980s until the mid-1990s. When Mohammed Khatami became president in 1997, he substituted key figures in the government with technocrats. This, however, lasted until Ahmadinejad won the presidential seat in 2005 and favoured loyalty over qualification, making this pattern a common occurrence again by appointing about half of his cabinet members and several provincial governors from the ranks of the IRGC.

The Iranian regime’s rationale for supporting non-state and state actors in the Arab world has evolved over the years. After the 1979 revolution, the new regime strengthened its de facto domestic legitimacy by presenting itself as expanding Shia influence in the Arab world and exporting the Islamic Revolution. The regime justified supporting groups like Hezbollah on that basis. After the death of Ayatollah Khomeini, the political and religious establishment needed to renew the sense of legitimacy to respond to new challenges arising in the country. While expanding Shia influence remained a rationale for the state’s regional involvement, worsening domestic economic conditions coupled with an expansion of Iran’s support to various actors in the Arab world necessitated a new rationale and discourse.

One element was justifying regional involvement economically, especially after the tightening of international sanctions starting in 2006. Iraq, Lebanon and Syria became gateways for Iranian exports. As US sanctions continue to squeeze Iranian oil export volumes, Syria looks to be the big benefactor by becoming the top importer of Iranian crude. Imports of Iranian crude have averaged 84,000 b/d since May 2019. Iran’s exports also account for 25% of Iraq’s imports, as the value of Iranian goods makes up $10 billion of the total of $40 billion in Iraqi imports per year. Also, Iran exported about $89 million worth of goods to Lebanon in the fiscal year (March 2016-17), up from $83 million the year before. Moreover, Iran traded 44,668 tons of non-oil commodities worth $79 million with Lebanon during the fiscal year (ended 20 March 2019).

But this economic rationale for regional involvement did not convince all Iranians, especially as the returns did not seem to justify the costs. Iran’s economic investment in supporting armed actors in Iraq, Lebanon and Syria, at a time when Iran’s economy was suffering from sanctions, fostered a sense of resentment among the population, some of whom believe money spent abroad should have been spent domestically instead. Since 2009, slogans such as “Not to Gaza, Not to Lebanon, I sacrifice my life only for Iran” were heard or reflected in different demonstrations criticizing the Iranian role. However, the absence of free media outlets and the lack of open discussions in Parliament about Iran’s regional role meant that public debate of these issues remains limited – and this is why Falahatpisheh’s May 2020 declaration about Iran’s spending in Syria was so unusual.

Yet, it is clear that even for regime insiders, money spent abroad needs to be justified financially as evidenced by the February 2018 statement by Maj. Gen. Yahya Rahim Safavi, the military advisor to the Supreme Leader Ayatollah Ali Khamenei, who said during a visit to Syria that Iran will recover the money it spent in Syria through long-term economic investments.

Aware of the gap between diverting resources to involvement in Syria, Yemen and Iraq, on the one hand, and the unmet economic needs of the population, on the other, the regime has been trying to paint its adventures outside Iran as a necessity to protect Iran’s security and an expression of regional influence. For instance, following the assassination of General Qasem Soleimani in Iraq, the Iranian regime represented him as a martyred national hero in an effort to renew the regime’s legitimacy locally. This was particularly evident as the Iranian population supported their country’s regional activism when it was framed as a fight against the Islamic State of Iraq and the Levant (ISIS) in which Soleimani played a leading role.  Iran used the same framework of fighting what it labelled as “takfiri jihadism” to justify its intervention in Syria and its continuing support for Hezbollah in Lebanon and for the Popular Mobilization Forces in Iraq.

The evolution of the regime in Iran and state-society relations

With ISIS militarily defeated, the Iranian regime’s ideological grip over the population in the face of an “existential threat” has waned, while the economic situation continues to worsen. As a result, militarization and securitization have become the regime’s main tools of engineering its survival. This evolution in state-society relations and in the primacy of security institutions like the IRGC will continue to have a direct impact on Iran’s role in the Arab world.

Because of the growing role of the military institution within Iranian political spheres, which has been increasingly difficult to control, the IRGC is expected to have a rising role in foreign policy as well, including policies regarding the Arab world. By reading the history of Iran since the Islamic Revolution and the establishment of the regime, it could be said that the more Iran faces pressures from the US and the West, the more it tries to activate its regional intervention and foreign policy, but will Iran be able to sustain this in the face of increasing domestic state-society discord?