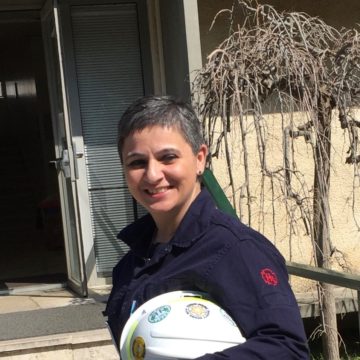 Since 1994, Lebanon's waste management policy has consisted of implementing a series of emergency plans, each partially and poorly executed, and extended until a new crisis emerged. Devoid of any measures to move to long-term, sustainable planning, these local emergency fixes to the lingering waste crisis have incurred high financial costs for citizens as well as negative environmental, health, and safety impacts.

At the same time, the private company contracted since 1994 to collect and treat much of Lebanon’s waste – Sukleen (part of the Averda Group) – has generated over $170 million in revenues per year, one of the highest waste management revenues in the world (Chaaban, 2016). Sukleen has held a monopoly in waste management in Beirut and Mount Lebanon since the 1990s, when it won a contract for building, testing, and operating a waste incinerator located in the city of Amrousiyeh. Operation at that site was short-lived as angry residents burned the plant down in 1996, but through other contracts, Sukleen came to handle around 50% of the waste generated nationally, serving around 400 municipalities (Chaaban, 2016). The company’s contract was renewed three times by the Council for Development and Reconstruction (CDR) without an open tender. With each contract renewal, collection and processing fees increased, all paid using transfers from the Independent Municipal Fund, an intergovernmental grant system that disburses taxes and fees to municipalities.

Successive plans for integrated solid waste management (ISWM) – in 2006, 2010, 2014, 2015 and 2019 – never bore fruit. Instead, Sukleen’s monopoly persisted in Beirut and Mount Lebanon, with its contracts managed by the central government rather than the municipalities. Meanwhile, in other regions, municipalities and federations of municipalities managed their waste following a decentralized approach, with international aid being channelled to finance Mechanical-Biological Treatment (MBT) plants for sorting and composting, achieving low diversion rates from landfills and dumps (Azzi, 2017).

Lebanon’s inadequate waste management policies must be understood in the context of its general policymaking landscape, which is encapsulated in a “politics of exclusion” (Geha C. , 2021). One dimension of exclusion is that of impunity, whereby years can go by without an ISWM plan and environmental crimes can be committed without justice ever being served. The political system that reinforces clientelism in hiring and appointments in government institutions, especially oversight institutions (the Central Inspection Bureau, the Audit Bureau, among others) and the lack of judicial independence weakens accountability. For example, several judicial decisions could not prevent the construction and expansion of the Burj Hammoud and Costa Brava landfills, despite not having approved environmental impact assessments approved by the ministry of environment (MoE) and their violation of applicable laws.

A second dimension of exclusion is the formality of informality. State institutions, parliament, and the cabinet are not the sites of decision-making. Instead, strategic decisions are in the hands of sectarian warlords (zu’ama) or party leaders. This makes accountability hard to implement. For instance, decisions to establish three waste incinerators were not based on scientific grounds, economic feasibility, or actual need, but on quotas and sectarian distribution of state utilities. Moreover, when the Council of Ministers approved the road map for waste management in 2019, they gave several days for the political parties to choose the sites of the incinerators south of Beirut, instead of adopting scientific criteria for the siting of incinerators (Arab Window, 2019).

The third dimension of the politics of exclusion is widespread corruption. Politicians treat public positions and resources as their own and use them for clientelism. They have no interest in, nor would they benefit from, any attempt for reform (Geha C. , 2021). The decision to adopt waste incineration, for example, despite several reports stating that it is not the best solution for Lebanon (EU; OMSAR, 2018), was driven by the private benefits some politicians accrued from collaborating with the private sector. Many suspect that a sizeable chunk of Sukleen’s revenues was channelled through kickbacks to political leaders to ensure “smooth operations” (Chaaban, 2016). The company’s critics often point to its strong links to the Hariri family as an example of corruption and patronage within Lebanon ( Civil Society Knowledge Center, 2016).

Corruption, coupled with negligence and incompetence, has led to persistent waste mismanagement, intensifying citizens’ lack of confidence in the state as well as the private sector. The dumping and landfilling of 80-90% of waste without treatment, open burning, odours emitted from the marine landfills and composting plants, and the failure to treat the leachate generated by the landfills have amplified Not in My Backyard (NIMBY) sentiments, with residents strongly opposed to the establishment of SWM facilities in their regions.

Living along with enduring waste mismanagement, civil society has organized several advocacy campaigns throughout the years to push for better practices.

This paper tackles the evolution and role of civil society actors and advocacy campaigns concerning SWM since the 2015 waste crisis. It addresses the organization, advocacy strategies, tools, challenges, adopted roadmaps, and lessons learned from these movements and coalitions, using a comparative analysis between the Harak movement that emerged during the 2015 waste crisis and the Waste Management Coalition that formed in 2017 in the face of persistent waste mismanagement and the government plans to adopt waste incineration.

The main means of data collection for this paper were participant observations of protests, sit-ins, and activities (noting that the author of the paper is a member of the Waste Management Coalition), in addition to personal communications with activists, a review of existing literature and secondary media sources. This paper is also based on interviews and informal discussions with actors in the Harak and the Waste Management Coalition. Preliminary findings were presented during a workshop attended by municipal council members, civil society organizations, international organizations, and researchers to gauge their perspectives on activism and advocacy campaigns starting with the protests of 2015 to date.