Governance of Diversity: The Kurds in Syria – Arab Reform Initiative

Governance of Diversity: The Kurds in Syria 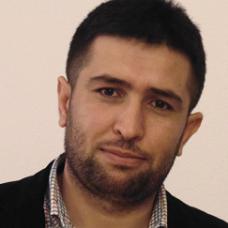 For the time being, the Syrian Kurdish issue lacks the minimum level of stability, which is an essential condition necessary for developing a realistic vision or approach for a potential management scenario, based on a diligent study of the situation and its evolution. The Syrian Kurdish issue, if we may call it so, is going through such extraordinary circumstances that it is impossible to build any assumptions, on it or for it, even as an ideal, regarding governance of diversity in this particular case.

This paper addresses the following aspects:

First: identifying the four different approaches that give the Syrian Kurdish issue its current extraordinary character, given that it is neither a sectarian nor a traditional historical condition for which one could develop a vision using the usual constitutional and social behaviour patterns, not to mention the fact that the situation is not evolving in a “normal” political entity. The paper will then delineate the future impact each of these approaches will have on diversity management in this particular context.

Second: identifying the two essential characteristics that should exist in the political context, both on the Syrian national level as well as on the Kurdish Syrian level, on which bases one could delineate the minimum conditions necessary to address governance of diversity in a single unified entity, i.e., the future Syrian State.

Third: based on the above circumstances and taking into account all the above -mentioned conditions, we would be able to identify more than one feature or model according to which the management of Kurdish diversity would be implemented, once the current extraordinary circumstances surrounding it cease to exist.