Financial Analysis of Health System Shifts in Egypt: Searching for “gratuitousness” and the right to health – Arab Reform Initiative

Financial Analysis of Health System Shifts in Egypt: Searching for “gratuitousness” and the right to health 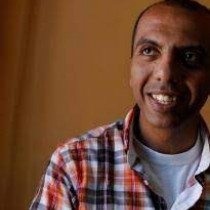 Throughout the formation and development of the modern state of Egypt,1The “modern state” refers Muhammad Ali’s reign, which began in 1805, while the “nation state” refers to the 1923 Constitution era, promulgated after the recognition of Egypt as a sovereign state. health policies played two key roles: First, the state played a powerful and efficient role in the provision of medical services through facilities funded by public treasury revenues. Secondly, it strived to provide these services at the lowest possible costs or free of charge in what is known as the “gratuitousness” policy.

Like many other free social policies that took root during the interwar period and were given new impetus with the advent of Arab socialism in the 1960s, the “free public hospital” principle was a subject of conflict between two movements that fiercely competed to control public policy in recent decades. The first movement defended the “gratuitousness” policy through tax-based expansionary fiscal policies targeting the wealthiest segments of society — a model similar to the welfare state adopted in some Western European countries. The second movement believed that tax reduction and redistribution policies in general were of vital importance to help the country attract investments and achieve the highest possible rate of economic growth and capital accumulation — in parallel with the rise of neoliberalism globally.

The second movement recommended fiscal policies aimed at reducing the budget deficit, claiming that the latter affects investment opportunities in a multitude of ways. For example, it contributes to the rise of inflation rates, not to mention that public debt crowds out private borrowing opportunities, etc. This movement calls for transforming the interwar and Arab socialism policy legacy into a new pattern relying less on the public treasury and more on middle-class contributions, with “gratuitousness” policies being restricted to the poorest segments of society. This system requires continuous updates to the citizens’ income distribution database to help identify affluent and disadvantaged groups.

This movement managed to gain traction in Egypt thanks to two major financial crises in the country. The first took place in the late 1980s with the steep rise in external debt, which led Egypt to adopt economic liberalization policies in the early 1990s known as stabilization and structural adjustment programs, which were supported by the International Monetary Fund (IMF) and the World Bank. The second crisis happened when the global financial crisis reached Egypt and political instability following the 2011 revolution, with the subsequent emergency of a black market for hard currency in 2016, leading to a new phase of financial and monetary policies with the support of the IMF and international donors. During the two crises, international financial institutions were reinforcing their policies in Egypt, particularly the scaling down of social protection policy costs covered by the public treasury.

In this context, a new health insurance law was introduced and approved in 2018. The provisions of the new law represented a major transformation in the role of the state in the health sector in Egypt.

The law is the first piece of legislation aimed at restructuring the health insurance system in Egypt since the 1960s. In essence, it aims to reduce dependency on “gratuitous hospitals funded by the public treasury” model and, instead, to adopt a new model that is more reliant on the middle-class to fund the public health system via deductions from their income. This model could improve public health services, while enabling the state to maintain its social role in supporting the disadvantaged.

As the new health insurance law created a major shift in the history of health policies in Egypt, it also sparked widespread controversy. It is likely to stir even more controversy during its 15-year implementation period. So far, the law has only been applied in a small number of the least populated governorates.2Governorates included in the first phase of the universal health insurance scheme: Port Said, Luxor, Ismailiya, South Sinai, Aswan, and Suez.

This research paper is not biased towards either of the two abovementioned movements, as both of them entail numerous contradictions. The “gratuitous” hospital model funded by the public treasury has long been criticized for the poor quality of services, even during its beginnings in the 1960s. The movement defending this model also did not propose any broader perceptions on distributive tax policies to increase public treasury resources, and it focused on the improvement of medical services.

Moreover, while the reduction of the budget deficit – which the new model aspires to achieve – is a major step forward, its heavy reliance on the middle-class instead of the public treasury to finance public health policies will essentially result in the erosion of the middle class. The efforts to embellish these policies by claiming that the funding would target disadvantaged groups will also contributed to the renewed erosion of the middle class, coupled with the lifting of subsidies on fuel, energy, and many other public services.

The new law also aims to transform the Health Insurance Authority into a body that collects contributions and contracts public and private hospitals for service provision, while pricing services at an acceptable profit margin. There are some legitimate concerns that the private sector or even public hospitals – once they become for-profit entities – will play an influential role in raising the cost of treatment within the insurance system, thus raising the contributions or charges imposed on patients.

The main objective of this research paper is to provide an analysis of the political economy of these major health policies shifts in Egypt, based on the history, roots, and evolution of “gratuitousness” policies and their ability to achieve their intended goals. The paper focuses on “gratuitousness” because it represents the primary role of the state in the health sector, according to millions of welfare state supporters and Egyptian citizens, especially since it dates back to the formation of the nation state in Egypt.

The paper also seeks to peruse the pressures that gratuitousness policies have been exposed to, in an attempt to reduce the public budget deficit.

We also seek to understand how limiting expansionary fiscal policies was a primary motive for the enactment of the new health insurance law, aimed at relying more on middle-class funding of the public health system through insurance premiums.

The aim of this analysis is to encourage a deeper discussion of the role of the state in the health sector, by looking at the “financial factors” that prevented previous versions of gratuitousness policies from achieving their goals and undermined the success of the new health insurance scheme.

The research paper is based on historical documents related to the origins of gratuitous health policies in Egypt and on an analysis of global data on health expenditure from official local and international sources. It also includes interviews with doctors working in free public hospitals concerning their relevant work experience and some foundational literature in the health sector.