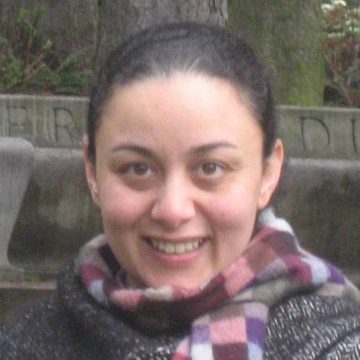 The issue of women and the claiming of women’s rights began to be raised in the nineteenth century and early twentieth century, coinciding with the issue of modernization of society. A close relationship between improving the status of women and the renaissance of the concept of “nation” grew, along with works on the relationship between women's emancipation and liberation from colonialism. The concept of modern society was linked to that of Western societies existing at that time. Most of the early pioneers of reform who belonged to the different intellectual currents (liberal or Islamist) adopted the initial assumptions of modernity, and accepted the bilateral system. In spite of their differences with respect to the question of modernity, they agreed on the transformation of women into a symbol of Arab cultural specificity, who thus bore the burden of a "threatened" identity. Women in turn were to assume the responsibility of maintaining both the contemporary and the traditional.

Within this intellectual context, discourse on the cause of women varied in the second half of the nineteenth century and early twentieth century, and appeared as a major trend within the broader issue of modernization of society and the rise of the nation. Women and men pioneers adopted liberal speech that sought to encourage women to engage in the public domain while nonetheless retaining unequal gender relations, especially in the private sphere. Emphasis was placed on the need for education of women and the need for women’s contribution in the labor market; meanwhile, articles were written glorifying the role of women at home, their primary function in caring for the family, and so on.

The growing discourse of national liberation in the twentieth century, a top priority for communities suffering under colonialism, overtook other issues, including women's issues. Women were keen to emphasize the close relationship between liberation from colonialism and their emancipation, as they played a prominent role in the resistance movements and national independence. A new phase in the history of the women's movements began in the 1950s and 1960s. After the independence of the Arab countries, with the exception of Palestine, we witnessed a significant decline in the activity of women's groups in general and the growing role of the modern nation-state. The modern states took from civil society the lead in the women’s rights campaign, and the advocates of such discourse were women closely linked to state institutions and national policy domains, what we can call “state feminism.” This state feminism was present in most Arab countries (Tunisia being the exception), and focused on the rights of women in the public sphere while ignoring their place in the private sphere, leading to confusion and contradictions in the situation of women in the modern state.

Arab women benefited, especially in Egypt and the Maghreb, from the relative political openness of the late 1970s and early 1980s, which saw the beginning of women's associations concerned with women’s issues. There was a marked increase in the number of associations and women's organizations in the Arab world, which produced positive effects on the level of pluralism. These associations and groups worked in very diverse fields, among them human rights organizations, which focused on the amendment of laws. This also included research organizations working on cultural perceptions of women's rights that were resistant to change. At the level of discourse, there were also organizations adopting religious speech defending women's rights from within a religious framework (Islamic or Christian), as well as organizations adopting secular speech. Beyond these were organizations whose members sought to forge a new discourse other that of modernization and the assumed conflict between tradition and modernity, or between what is religious and what is secular. There was agreement among everybody that women's rights form a part of the rights of the nation.

However, the increase in women’s civil engagement accompanied by many challenges and obstacles reduced the ability of these to form a social movement and access large segments of women. Perhaps the most important of these obstacles is the absence of democracy in the Arab world in general and the control of the ruling elites on political action. State feminism in the twenty-first century has taken a new form, represented in the establishment of National Councils for Women. This responded to the phenomenon of changes in the globalization of women's rights and the establishment of national mechanisms for interaction with international organizations and United Nations bodies. Continuous conferences and meetings resulted in the establishment of the Arab Women's Organization under the umbrella of the Arab League, creating possibilities to support the rights of women, put the issue on governmental agendas, and work for the amendment of certain laws. At another level, however, the proximity of these councils – most of which were presided by the wives of those in power - to the ruling regimes, utilized the women’s issue to support certain policies and exclude others on the basis of ideological differences. As happened in the 1960s, when women's civil engagement was coopted by the ruling party, most Arab governments have in the twenty-first century made a second attempt to coopt civil engagement and to speak on behalf of women in regional and international forums.

The year 2011 is a milestone in the field of human rights work in general, and the rights of women in particular, with the revolutionary wave that swept the Arab world and the continued protest movements demanding citizenship rights, fairness, and justice. Women had a prominent role in the revolutionary movement and the legal and tactical work therein. As a result of the revolutionary movement in the Arab region, new frameworks for human rights work and innovative forms of regulation were created, and led to the formation of new alliances and new possibilities for work. Indeed, observers and analysts do not all agree on the emerging feminist movement; like other social and political movements, it was and is still is very rich and creative. Today, we see significant changes in the level of private discourse on taboo topics. The feminist movement is still continuing.< Hoda Elsadda  - ARSP II Mentor Please note this publication is only avalible in Arabic.