The Arab Reform Initiative and the Collège Méditerranéen pour la Recherche Scientifique organized a two-day conference in Tunis on 30 and 31 May 2016 to present European experiences of municipal development during periods of democratic consolidation, and to contribute to the debate on implementing local government in Tunisia.

With a growing trend towards more civil society participation in the political process, local government in Tunisia is being recognized as an essential new step in the consolidation of democracy. Nonetheless, Tunisia continues to resist the decentralization process, generating deep frustration in less developed regions of the country where it is widely believed that democracy has not yet addressed problems of inequality and social injustice.

The difficult security situation and divisions within Nidaa Tounes, the party of the President and a leading party in the government coalition, were cited as causes for delays in approving a draft local government law, and for the numerous postponements of local elections.

Conference participants put forward recommendations for assisting Tunisia at this critical junction in its democratic transition and for the role that the European Union must play. The main conclusions are:

The conference was held with the support of the European Union, the Portuguese Government and the National Culture Centre of Portugal. 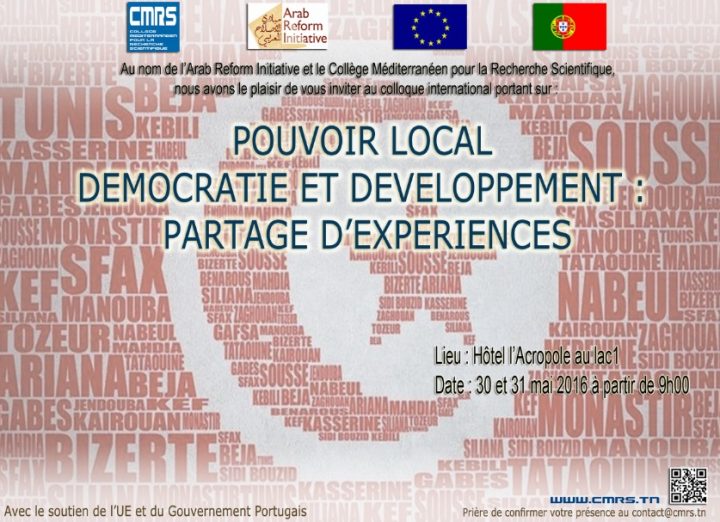