(Paris – 21 August 2021) The Arab Reform Initiative announced today the winner of its 2021 Student Essay Contest Award which asked the question of “How can activists best advance environmental reforms in MENA?”.

The winning essay, written by Rory Quick, a British student who was at the University of Exeter at the time of submission focuses on the development of renewable energy in the region. It argues that MENA governments are currently focused on large scale renewable energy projects which tend to exclude local communities and end up reflecting and perpetuating state over-centralization and inequalities. In his view, activists should focus on promoting a decentralized approach to renewable energy which would allow for the creation of an energy system that is not only sustainable but also democratically owned and designed, and ultimately more socially just.

The annual Student Essay Contest is meant to encourage university students to think critically and actively engage with issues that are at the heart of the challenges and opportunities facing the Middle East and North Africa region today. IAs part of the Award, the winning essay is published in English and Arabic on the Arab Reform Initiative’s website and receives a prize of USD500.

“This year’s student submissions reflect the increasing awareness that environmental activism cannot be dissociated from broader questions of justice and political empowerment. Congratulations to the winner for a very thoughtful paper which argued convincingly that energy justice needs to be achieved alongside climate justice,” said Nadim Houry, Executive Director of the Arab Reform Initiative.

The 2021 Student Essay Contest included submissions from students registered in different universities in MENA, Europe, and the USA. The essays were judged on the strength and relevance of their argumentation by a panel of six members of ARI’s researchers and fellows who come from across the region.

"I am incredibly excited to have won this coveted competition. I have great respect for the work of the Arab Reform Initiative and so to have them publish my piece is a great honour," said the winner Rory Quick.

Quick is a recent graduate from the University of Exeter, where he read Arabic and Islamic Studies, and is currently studying for a master’s degree in Economics and Policy of Energy and Environment at University College London. He enjoys all things MENA and seeks to combine this with a passion for renewable energy and sustainability.

In April 2021, the Arab Reform Initiative launched a new programme on Environmental Politics in MENA seeking to place the environment at the heart of research, policy, and activism in MENA and to create a space where researchers from different disciplines and activists in different countries can come together regularly to approach environmentalism as part and parcel of the political and economic struggles in the region. 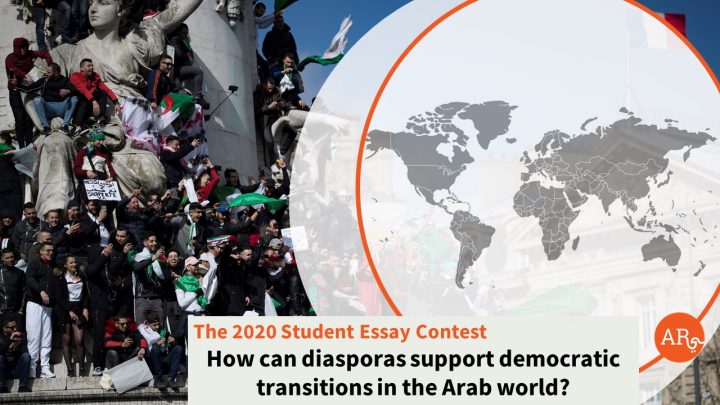