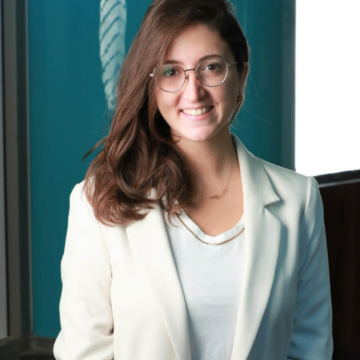 Piles of garbage have again been accumulating on the streets of major Lebanese cities.1The Daily Star 2  L’Orient-Le Jour A scenario that is all too familiar and takes us back to 2014 when Sukleen – the company contracted to manage solid waste in Beirut and Mount Lebanon – halted its operations and streets were filled with piles of garbage for months. 3Naharnet Once again Lebanon is on the verge of another waste crisis, but this time from a more vulnerable and dire state. Solid waste has been ravaging the streets of Beirut and Mount Lebanon for numerous reasons. These include the contractor not getting paid, the high cost of transportation which reduces the frequency of collection,4Al Jazeera the closure of landfills which are at capacity, or even the obstruction of works at the landfills due to trespassers waiting to collect metals and other valuable materials to sell them amid Lebanon’s heaviest economic and financial crises.5Arab News

The absence of sustainable and integrated solid waste management (SWM) in Lebanon has denied citizens their right to health.6International Covenant on Economic, Social and Cultural Rights (ICESCR), adopted December 16, 1966, G.A. Res. 2200A (XXI), 21 U.N. GAOR Supp. (No. 16) at 49, U.N. Doc. A/6316 (1966), 993 U.N.T.S. 3, entered into force January 3, 1976, ratified by Lebanon on November 3, 1972, art. 12. Open dumping and burning, which have been occurring due to the inaction of regulatory authorities, have negative health impacts on nearby residents. Some individuals have reported respiratory illnesses and skin problems, while others complain about bad mental health.7HRW Additionally, open burning could be linked to cancer and heart disease. These practices have disproportionately affected poor communities, given that burning sites are often in their vicinity and that they cannot afford health care.8HRW

Moreover, the cost of environmental degradation due to the lack of a comprehensive SWM plan was equivalent to $66.5 million in 20129Arif and Doumani (2014 ) and $200 million in 201810Ministry of Environment . The cost of environmental degradation is reflected by a loss of welfare demonstrated by the degradation in the quality of life, economic losses, and environmental losses, among others.11Arif and Doumani (2014) The solid waste sector contributed to around 10% of the country’s greenhouse gas emissions in 2011, largely due to open dumping and burning across the country.12 Ministry of Environment 13Triangle

An integrated solid waste management strategy at the national level is the only long-term solution to the solid waste problem. In the absence of such a plan, and following the solid waste crisis in 2015, several grassroots movements, civil society organizations and municipalities have tried to remedy the absence of a national plan by leading small-scale interventions based on sorting at source and waste valorization in order to minimize volumes of waste sent to landfills.14US Environmental Protection Agency 15Lebanon SOER Report 16K2P Evidence Summary However, none of these projects is implementable at the national level, since these initiatives rely on a municipality’s rare, and voluntary will.

This paper employs a systems analysis to explore how solid waste mismanagement has been an intentional political decision-making process tailored to nurture and protect dysfunctionality through elite capture and clientelism. The hypothesis will be presented using a Causal Loop Diagram (CLD) which will then be analyzed and validated via case studies involving the municipalities of Beit Mery, Dhour Choueir, and Brih.