The Tunisian General Labour Union and the Democratic Transition 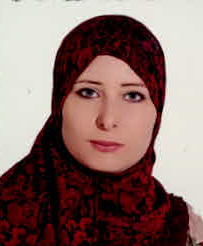 Democratisation studies is interested by the transformation of political systems from authoritarian regimes to another type of political system that cannot be pre-determined. This study has emerged in the context the so-called third wave of democratisation that began with the Spanish and Portuguese experiences in the 1970s, and then spread to Latin America in the 1980s, sweeping Eastern Europe in the 1990s. Indeed, the success of the Spanish experience in democratisation has rendered the case a useful model for studying other cases. The study of the democratic transition – itself an experimental process – has moved from investigating historical experiences to the development a theoretical framework, involving a procedural and practical approach to understanding the instability and volatility of the phenomenon. The study of the democratic transition has been criticized, despite important contributions on the part of researchers. To this point, the notion of a “theory of transition” is at the heart of critical scientific debate.

The Arab world has been excluded from these studies, as the MENA region was seemingly immune from the wave of democratisation that swept Europe and Latin America, resisting for multiple years. But the series of shifts that occurred in the Arab region since 2010 has restored the concept and placed “transition” at the center of attention. This has led specialists and researchers to study and monitor closely the process of democratic transition in the countries of the Arab Spring, using existing theoretical and methodological tools to compare the present with past experiences.

The Arab region has entered a new historical stage after the fall of a number of authoritarian regimes, beginning with Tunisia and followed by Egypt, Libya, and Yemen. Although the path to transition in these countries started at almost the same time and demonstrated certain similarities initially, the transition later took quite different directions. In particular, the democratic transition in Tunisia differed markedly from the others. The Tunisian experience was closer to the Spanish model as it was based on the principle of agreement between the various actors involved in the process. Civil society played an important role in achieving this, with the Tunisian General Labor Union playing an important role from the start of the revolution and since the beginning of the transition process and the national dialogue. The Tunisian model also provides proof of the possibility of reconciling the structural approach to democratic transition, which explains the democratic transformation through development, economic prosperity, and modernisation, with the approach studying the role of the actors in the democratisation process.

As the Arab cases show, transition paths pose many problems for diverse actors, both at the domestic and international level, including the army, elites, Islamists, and civil society. Likewise, external influences, whether regional or international, also demonstrate their impact on the success or failure of these transitions. The countries of the Arab Spring have become the new laboratory for researchers in democratisation/democratic transition, providing a wealth of material for scientific and academic investigation.

Please Note: This publication is only available in Arabic