Student Activism in Post-2011 Egypt: Understanding a Contentious Arena in a Fluctuating Context 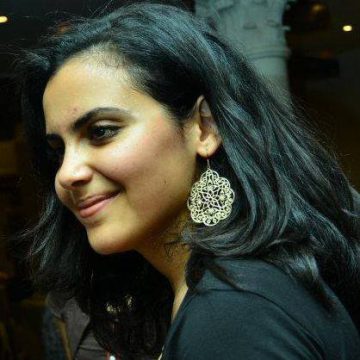 PhD student at the University of Nanterre, Paris.

Research focusing on non-formal political and social stakeholders/activists has been generally side-lined as a subject of political, sociological, and economic studies in the Arab world. This has been the case since the emergence of these sub-fields in the post-independence period of the 1960s, as Arab universities and research centres were founding their academic fields, until today. The exception that confirmed the rule was the Marxist approaches that succeeded in fostering a small but steady number of research groups interested mainly in workers’ and labor movements, and in particular unions, or in rural sociology as a reflection of the expression of class struggle within Arab societies.

The creation of knowledge on social movements was drastically altered in the 1980s, with the continuing neglect of non-formal stakeholders/activists and their various loosely organised and sporadic mobilisations, in favour of studies of formal organisations, such as interest groups, labor syndicates, and political institutions and/or civil society organisations. This focus on formalised responses to authoritarianism remained disconnected from social movement analysis in general, and those of the new social movements in particular in Western academic production.  As a result, the 1980s and 1990s witnessed a widening gap in knowledge production as far as this sub-branch was concerned, leaving behind the concepts and issues involving social movement patterns and mobilisation mechanisms to Western and Arab "Western attuned" scholars.  Consequently, clear difference between Arab researchers who studied at American or European universities and their counterparts with degrees from local Arab universities was reflected not only in their research but even in the research objects they choose to work on. In this context, a new tradition among Arab researchers at Western universities was born with interest in Islamic movements, the urban poor, and different forms of non-organised political activism under authoritarian rule. On the other hand, the institutional focus of Arab universities turned its gears towards the Islamisation of knowledge and the study of democratic transition processes, both institutionally and legislatively, as a new academic trend reflecting the way knowledge and social realities intersect.

Additionally, a new tension escalated between Arab Marxist academics and their Western counterparts who were enthusiastic about describing the spread of new social movements in northern and southern societies, such as women’s, artistic, environmental, anti-globalisation or urban poor mobilisation movements. The new focus on social identities strongly challenged the central Marxist assumption that social movements could be reduced to a single-meaning dimension, social class affiliation, or that they can describe the origins of any social crisis or confrontation. Rather to the contrary, the new social movement analysis trends offered a more diverse definition of what is meant by social identity and refuted the orthodox variations of Marxist pattern that defines social moments as a successive series of stages in the long history of the class struggle. The diverse nature of protesting social identities was the first point of tension between the two research approaches, with the international dimension of social movements occupying another important place in the debate between the Marxist thesis and that of new social movement theory. The latter had from the start succeeded in grasping the diverse nature, forms, and levels of social conflicts, if not the transient nature of the confrontation with  unjust national, economic, cultural, and post-national authorities.

In this context, the Arab Research Support Program, ARSP, aims at bridging knowledge and ideological gaps, and training a new generation of Arab researchers in monitoring and analysing various forms of protest in Arab societies, whether by students, ethnic and women’s groups, or activists in the virtual sphere. The objective is to forge a deeper understanding of protest and anger-related practices that have prevailed in Arab societies since the beginning of the new millennium – movements that have largely failed to attract serious academic effort to understand these new groups and their genuinely inventive means of social and political protest. ARSP also aims at helping this new generation keep up with the development of new concepts and the need to undertake ethnographic field research in order to understand modes of organisation and the activists' logic. This includes the continuousness of movements, changes in the spaces of protest and issues of social struggle, activist terminology, repertoires of action, and the framing processes attributing meaning to their collective action.

Young Arab researchers represent a genuine renewal of this field in terms of their selected objects of analysis, ranging from Nubian youths, the Ultra groups, political satirists using the cyber spheres, or student campaigns for rights in private and public universities to forge political fronts, organise secessions within labour organisations, and create new liberated contentious spaces. They are up-to-date with the most modern theoretical debates around the concepts of collective action, mobilisation, and the mechanisms of meaning production at the protest group level. Empowering new Arab academics by increasing skills in field monitoring and their ability to keep up with activists’ complex and interwoven processes is an objective of the Arab Reform Initiative in general and of the Arab Research Support Program in particular. The aim is to bridge the many gaps and address various obstacles that impede the production of a new pattern of independent and socially conscious academic knowledge. The new pattern it aims to instill transcends both the development of social sciences in the Arab region and the means of containing them by political, economic, and institutional authorities seeking to maintain political and social control over local societies.

In this spirit, the Arab Reform Initiative is proudly publishing the rich, diverse research produced on new Arab social movements under the ARSP programme.

Note: This publication is only in English

PhD student at the University of Nanterre, Paris.