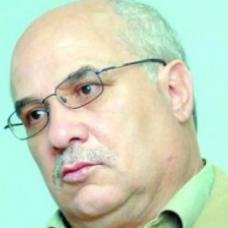 Professor of sociology at the University of Algiers II

The violent incidents of July 2015 in the Ghardaia province of Algeria, which caused the death of over twenty citizens, were not the first of their kind and will, unfortunately, probably not be the last, if the same deep-rooted problems that caused them persist. For the fight, between the Amazigh-speaking Bani Mzab and Arab Bedouin from various branches of the Chaamba tribe,1  is the result of economic, social, and political tensions that have provoked intense ethnic and sectarian polarisation in a region historically known for harmonious coexistence.

In economic terms, the two categories of Ghardaia’s inhabitants have been in crisis for years.

The “Bedouin model” which relies on grazing, desert commerce, and certain agricultural activities, has been declining as migration away from desert areas means a declining population too. This migration is towards built-up areas such as Fezzan in Libya and even as far afield as Mali and Niger, reflecting the historical migration patterns of the Chaamba tribe. The lure of the city, especially after independence, has helped speed up the migration of youth who no longer accept the Bedouin lifestyle.

The “Mzabi model” based on retail, wholesale trade, and small grocery businesses, is also in crisis. For the past three decades, following the liberalisation of foreign trade, the Bani Mzab have  been  badly  affected  by  the  appearance  of  young  traders  controlling  official  and unofficial commerce in Algeria’s cities, and between Algeria and the outside world. Despite the shift towards more industrialisation and the early appearance of a fledgling industrial bourgeoisie, the Mzabi economic model has so far failed to make its mark.

The failure of these two traditional ways of life is framed by the broader economic crisis that afflicts the region (and the entire country), primarily high levels of unemployment among youth who immigrate to the country’s south in search of work in the oil sector. The crisis has grown in recent years as evidenced by the strikes and protests staged by Southern youth demanding their right to employment as well as by the inhabitants of Ein Saleh against the extraction of shale gas that has serious environmental and health consequences.

These economic tensions are compounded by ideas and visions that the younger generations harbour regarding their region and their national identity.

Underlying the violence in Ghardaia is the stereotypical image each side has of the other – the well-to-do and urbanised Mzabi vs. the poor Bedouin “Arab”. In Ghardaia, this typecasting and linking back to historical events has detonated violent disagreements-  instead of a bond to promote national unity. Moreover, these stereotypical images are being reproduced in social media, with socialising institutions (school, family, neighbourhood, and workplace) failing to weave a homogenous social fabric.

Finally, it is the shifting political aspect that governs the two groups’ relationship with state institutions- and one of the key sources of violence and social polarisation. The Mzabi and the Chaamba have developed different relationships, sometimes almost contradictory, with political parties and central and local administrations. This can be seen in election results and the different affiliations to state institutions, including the army and security services. This seems to have provoked feelings of injustice and concerns that these institutions are illegitimate in the eyes of the region’s youth. They formed across Algeria political activist groups in a move that slid into violence.  In doing so, they relied on what they saw and heard in the modern media- who reproduce the same negative stereotypical images of each other, a phenomenon that played a major role in the events that ensued.

The political system, with its worn- out doctrines and legitimacy-lacking institutions, has so far failed to build on the transformations achieved by the state’s educational and economic systems and infrastructure projects to weave national unity.

The resulting fragility is now evident in Ghardaia: in a tense environment, the political system that was largely successful for years after Algeria’s independence is today proving to be insufficient.

Any hope lies with the region’s youth who are more open to change. The young Mzabi youth are  no  longer  willing  to  stay with  the  stereotypical  image  of  themselves  as  serene  and merciful.  The  Chaamba  youth,  for  their  part,  have  not  benefitted  as  much  from  the educational and training systems, due to the cultural poverty in the Bedouin areas. They are increasingly relocating to the few more built-up but resource-poor areas. The solution is to offer both groups opportunities. For the state to launch for example construction projects commensurate with the aspirations of the younger generation- who are no longer content with their desert environment and want a brighter future, that they rightly deserve.

1 “Chaamba” as a description refers here to the entire desert Bedouin area with its many clans which, in turn, comprise several urban groups living in well-known areas of the Algerian desert.

Professor of sociology at the University of Algiers II