Lebanese Women and the Politics of Representation – Arab Reform Initiative

Lebanese Women and the Politics of Representation

Lebanese women have been leaders in the revolution that has shaken Lebanon since October 2019. This paper argues that the next stage will be critical if women want to transform their involvement into equal rights. For them to do so, they need to move beyond informal revolutionary politics to formal electoral and party politics with meaningful and substantive representation. 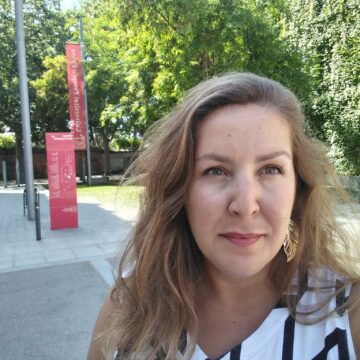 Like other countries in the region, from the early 1990s, Lebanon used the Beijing Conference to establish very elaborate state-led mechanisms to claim that it is working towards gender equality. And even more actively than in other countries, Lebanon’s civil society organisation and feminist groups have been pushing to increase their representation and voices in decision-making spheres.

But 25 years after Beijing and with even more elaborate international schemes like the Sustainable Development Goals (SDGs), it seems, in fact, impossible to convince Lebanese men to give up power, to anyone at all, let alone to women. It took nothing short of a revolution to force women’s participation in public life; the question now is how do we force it onto political parties and national institutions?

What we know already

Lebanon’s politics of representation are shaped by a century-old system of power-sharing among its recognised sects. This sectarian-based representation in national institutions is conducive to a form of leadership that emanates from clientelism, and from the father-figure or protector of the sect. We know from decades-old research and testimonials of women that this system not only favours men but is built on men. Consider the alliance of religious courts, led by men, with political parties, led by men. Both of these finance and foster a political system that functions, undemocratically, only when the men agree, and fails to function, catastrophically, when the men disagree.

In my own research with women who have a range of experience in politics and public life, I found that trying to empower women within this system is a myth. The donor-funded and locally implemented programmes and narratives of women’s political empowerment place the blame on women themselves. These efforts are largely built around the rationale that women are not knowledgeable or skilled enough to be in politics. In reality, the political system is not inclusive enough nor democratic in the slightest bit to be able to accommodate women’s representation and voices in the electoral process.

We know all this, and to top it off we know that state-feminism in all its forms in Lebanon has failed miserably. Just because we are able to report on some minor statistical improvements here and there does not mean that we are doing any better. Women’s representation in politics and in national institutions is dismal, we rank as well as Yemen ranks and they have a full-on conflict over there. While development agencies scratch their head and Western journalists express their fascination that women are so educated and eloquent, yet so absent from politics, we ourselves know very well why we cannot play any meaningful role in this system.

The reason is quite a simple combination of intersectionality and discrimination. Private lives, family, personal status, and personal liberties are entirely governed by religious courts. So things like sexual harassment, marital rape, and child marriage are very much legal. Public services are completely lacking or are distributed based on clients and followers. So things like education, hospitalisation, and even the asphalt on the streets are secured only in-so-much as you exhibit loyalty to your sect and leader (za’im).

Politics is entirely informal and secretive, off-the-record meetings among a handful of men around a National Dialogue Table basically determine security and economic policies. Parliament is a charade. Real power lies in the hands of former warlords-turned-politicians with shares in banking, telecom, and electricity, the three most corrupt and lucrative sectors of the economy. Elections are irrelevant, the real nomination and consolidation of power takes place when alliances are built, and districts are gerrymandered. Women are side-lined from political capital, social capital, and financial capital. We do not stand a chance no matter how much “empowerment” you invest in us. We need a patriarch to adopt us on his list and, once he does, we increase nominally our representation and substantially end up reinforcing the very same system designed to oppress us and glorify the men.

We know all this and we also know that well-intended NGOs can do so well in programming, and providing some protection for women, but carry no political weight to push for reforms. We also know above all that state-led institutions, primarily the National Commission for Lebanese Women, are tied to the interest of the politicians who assign their members, they can never challenge the system’s pillars. We know all this, and we are so done talking about it.

What changed in just 100 days or so

The revolution – and I insist it is a revolution – which started on 17 October transformed the way women participate in politics and public life. Because the revolution was leaderless and genuine, women could play a leading role in its tactics, narratives, and direction. Women have an existential problem with the politics that govern their lives. In every way, shape and form, women’s bodies and their right to elect and access to healthcare are mandated by and at the mercy of politicians. It was only normal that they were at the frontlines organising protests, writing banners, reading statements, and developing strategies. What changed in just 100 days is not only the outright public engagement of women in politics but also the narrative and story we tell about ourselves. I would say there has been a shift from early days in the protests which were about a sort of Arab and Western fetish and fascination with women’s role in the protests, towards a more substantive conversation on women’s representation. What changed in 100 days of revolution is that we are done talking and are ready to challenge the pillars that keep this system together.

Instead of creating lobbying coalitions and campaigns, which not only failed to bring about a women’s quota but actually coincided with bringing a first Minister for Women Affairs who was a man; we are now ready to build new political parties and platforms. Rather than sitting at the margins, NGO-ising our approach by asking the men and existing parties to include us, we are creating new political groups. Women are not only at the forefront as leaders and spokespersons of these groups but are also conceptualising and bringing to life a new way of doing politics, a participatory and inclusive approach, a feminist political platform in the most un-feminist of societies. We have tried so long through various ways to insert ourselves and ask for seats in existing structures that are designed to govern our lives. What the revolution did is give us a chance to build our own structures. This is why day-care was raised from day one of the protests, with my friends taking turns babysitting so that they could each take shifts on the street. Likewise, this is why since day one women’s right to pass on the nationality and women’s right to fair pay were part of the slogans and chants that filled the streets. No discussion could take place without women leading the narrative and putting their issues first, we are done asking for change and lobbying for a seat. We will create the structures and platforms that carry us and carry our issues with them.

Pending legislation on criminalising sexual harassment did not stop women in the revolution from pointing out and suing their harassers. Young women activists called for investigation by the police and responded with lawsuits against cyber-bullies and real-life bullies. A whole new #metoo-type vibe has taken over the city that says we are done talking and are ready to create new political platforms that are inclusive of women across the nation. We are no longer addressing this parliament or government, or future government. We have decided to take over and address our issues ourselves. The most powerful transformation the revolution created is very profound detachment from existing political structures and the determination to lay the foundation for new structures.

Lebanese women are not foolish, and none expect that this will change overnight, but all realise that existing power structures are fading. We even established alternative unions and syndicates, long co-opted by politicians, in order to make sure worker’s voices and priorities – so evident in the revolution – become part of the new structure and narrative.

What we stand to gain (or lose)

Lebanese women, so naturally the biggest victims of their nation’s political system and oppressed by decades of sectarianism, stand to gain the most from toppling this system and lose the most by staying under the rule of the post-war men who govern through this system. Now that the revolution has shaken the very pillars of the system, we have moved from being spectators and advocates to being leaders and core carriers of this transformation. We know from elsewhere in the world that a post-revolution stage may, in fact, side-line women voices and women’s issues. If we emerge out of this revolution to find that a handful of men sit in secret and determine our futures, then we would have lost. Now is certainly the time to celebrate our impact in this revolution, but it is not the time to romanticise the informal networks of solidarity and the new political parties being created. Now is the time to institutionalise these strides and amplify our role in revolutionary politics to formal electoral and party politics. For the longest time, the literature and experience of feminists with formal institutionalised party politics have been sceptical if not entirely critical. We know from feminist institutionalism theory enough about power and politics to know that men, in formal institutions, act as gatekeepers and bring women in for nominal representation. We know that women get co-opted and their demands get invested to promote a version of state-feminism that benefits men politicians. The current Cabinet comprised of a historical 30% of women representation is a prime example of superficial nominal reforms that co-opt women’s demands for substantial representation. We know all this already, and we know that we need to be wary of efforts to institutionalise. But we cannot afford to be cynical or sit aside, it is time to take what we have done (while nobody was looking or expecting) and move it to centre stage.