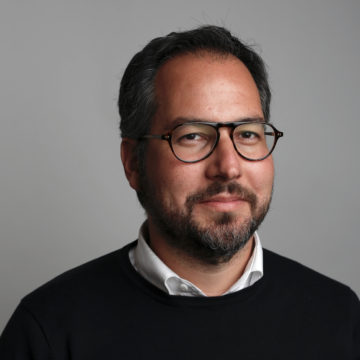 *This op-ed was originally published by the Brookings Institution. You can find the link here.

Anyone who cares about transitional justice in the Middle East and North Africa (MENA) faces a daunting task. How to address the past when the present is in great upheaval? How to tackle yesterday’s wars and violations when new ones—often worse—are occurring today? Practitioners have long recognized that transitional justice is a slow and nonlinear process that requires patience and long-term planning. Setbacks are expected along the way but, in the end, there is the promise or assumption that “if you keep at it, you will eventually get results.”

But is this assumption still valid in the MENA region? Are existing transitional justice efforts succeeding in laying the groundwork for a better future, or are they being washed away by new rounds of violence and repression? The issue is both conceptual and pragmatic. On one level, there is the question of whether a society can start addressing the traumas of the past while simultaneously dealing with new traumas, often caused by new actors. On another level, there is the question of what sort of transitional justice processes and institutions can deal with the past, while also being able to adapt to an ever-shifting present.

The challenges are immense and there are no easy answers. Here, I highlight the need for further research on transitional justice processes in the MENA region, with a focus on recent years of upheaval. Two fundamental questions emerge: (i) how to reconcile past and current claims; and (ii) how to accommodate ever-changing sources of legitimacy, given the increasing hollowness of state structures in the region.

When past and present compete for attention

Iraq’s failed approach to transitional justice post-2003 illustrates the dangers of tackling the past without addressing the present. Policies that were adopted to address violations committed during Saddam Hussein’s dictatorship did not heal, but rather fueled new cycles of violence. From the way justice was pursued to the way reparations were disbursed, Iraq’s approach exacerbated divisions and unwittingly contributed to the rise of militias and extremist groups. Any inclusive transitional justice process today would need to take into account abuses committed by multiple perpetrators, including Saddam Hussein and his regime, the U.S. occupation, “Shia” militias, and the Islamic State (IS) group. It must do so, however, in the context of a post-2003 state that suffers from a grave governance crisis and from competing claims for justice.

The challenge of addressing competing justice claims is also on display in Syria, where the issue is further complicated by the absence of a transition. The international community adopted many policies to support groups working on behalf of detainees and those who were disappeared at the hands of Bashar al-Assad’s regime. After the emergence of IS, much of the international support and attention shifted to IS abuses, and little effort or thought was put into developing an integrated approach that could address victims’ needs, regardless of who perpetrated crimes against them. It was as though there were a Chinese wall separating the transitional justice framework used for regime abuses from a counter-terrorism framework for IS abuses. So there would be no truth telling, no answers for IS victims, even though there are thousands of IS suspects held in the custody of the Western-backed Syrian Democratic Forces (SDF) who could provide answers to families.

Another challenge for transitional justice processes or institutions in times of upheaval is their slowness and inability (structural or bureaucratic) to react to rapidly unfolding events, which often renders them ineffective.  The International Criminal Court (ICC) has had a mandate to investigate crimes against humanity and war crimes in Libya since 2011, but has been unable to deter ongoing abuses or shift the conversation around accountability in the country. Something similar happened with the United Nations-led Special Tribunal for Lebanon (STL), which was meant to deliver justice and end impunity for political assassinations in Lebanon. The STL has been so slow, and the situation in Lebanon has changed so dramatically, that the tribunal barely interests the Lebanese public anymore. Even after the STL finally announced a verdict on the assassination of former Prime Minister Rafik Hariri on August 18, 2020, its impact on accountability was negligible. Writing a few days after the verdict was issued in absentia, the daughter of Samir Kassir, a prominent Lebanese journalist assassinated as part of a wave of targeted attacks in 2005, wrote an article expressing her disappointment with the STL  and wondering “if this was justice?”

Another challenge for transitional justice mechanisms in times of upheaval is one of legitimacy. In most approaches to transitional justice, it is the main responsibility of the state to ensure reparations for the victims of violations. But what if the state is disintegrating or has little legitimacy? Or if its current leadership is even more autocratic and repressive than previous ones? The following recent examples from the MENA region illustrate these challenges.

Who has the authority to uncover mass graves in a conflict area like Syria or Libya? Traditionally, such efforts are best left to a state-led process. But what if the national authorities are unlikely to engage in such an effort? Should transitional justice practitioners engage with non-state actors? And, if so, on what terms? For instance, should there be international engagement with the Kurdish-led local authorities in northeast Syria, which retook areas from IS so that they could begin uncovering mass graves in areas under their control and undertake a process of truth seeking and reparations? And, if such international engagement takes place, can it feed into a future national effort, if such an effort is ever launched?

In other cases, the issue is one of legitimacy. Any accountability or transitional justice process for abuses under ousted president Hosni Mubarak stopped in Egypt after Abdel-Fattah el-Sissi assumed power. But what would the legitimacy be of such an effort, given that the record of the current regime is in many ways worse than that of its predecessor? In this case, and given the shrinking political and civic space inside Egypt, should transitional justice practitioners start engaging more strategically with diasporic efforts of truth telling and memorialization?

Toward a new research agenda

There are no easy answers to these questions. But what is clear is that existing transitional justice processes are simply no longer enough. It is essential to explore nimbler processes that, while not necessarily elaborate, can capture fleeting moments of opportunity to pursue accountability. This could mean opening archives even as history is still being written or adopting truth-telling mechanisms that can integrate past, as well as ongoing, atrocities. It could also mean that transitional justice practitioners will need to become more comfortable engaging with initiatives led by new diasporas and non-state entities. Overall, there needs to be a critical examination of existing approaches to transitional justice in the MENA region if such processes are to help address the massive injustices and abuses that have occurred in the past and continue to occur today.