The weakness of current governance arrangements and the inefficiency of decentralization reforms were exposed with the wave of contestations that have rocked the Arab world since 2011. Effective governance remains in decline across the region, and an assessment of why decentralization efforts failed to deliver on real political participation and devolution of power is essential. This exercise is more urgent today as Syria, Yemen, and Libya, will soon embark on a search for governance arrangements to heal their country’s fractures and build trust between state and society. To contribute to this discussion, this dossier examines decentralization efforts in Morocco, Tunisia and Iraq, and lays out essential principles for any meaningful decentralization for Syria. 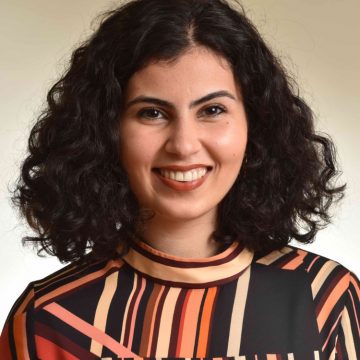 A commonality between Arab countries of the Arab Spring prior to the uprisings is that their authoritarian governments had practised heavily centralized governance, which resulted in the denial of participatory practice and citizenship rights and the concentration of power and resources in an undemocratic central state, leading to unequal development across the country. In countries under conflict where the central state’s legitimacy and control are challenged, local authorities often replace the state’s efforts by filling in the vacuum in security and service provision like in the case of Syrian local councils during the Syrian civil war or local security forces in Iraq. However, in countries transitioning out of conflict, to what extent can we expect local governance and decentralization reforms to bolster participative and good governance when the nature of the central state remains authoritarian and rejects real transfer of power?

For decades, decentralization as a governance reform has been at the top of the agendas international development organizations such as the World Bank and the United Nations Development Programme (UNDP), that have channelled resources into local governance and promoted local capacity building and training. Decentralization is also generally viewed as a conflict resolution and conflict management tool because it establishes mechanisms for power sharing between competing local communities with ethnic and religious differences and enables the political representation of citizens at a local level.

In contrast, deep centralization of political and administrative powers, combined with corruption and a lack of vertical trust, often prevents local communities from contributing to critical planning and management decisions related to development efforts in their localities. It may also prevent citizens from direct political engagement connecting them to local representatives, who often have legitimacy and local knowledge to represent localities and their grievances. Such conditions of deeply centralized states can often lead to conflict between various groups and further deepen state-society divides that manifest into revolutions and, in some cases, like in the case of Syria and Yemen, escalate into violent war. This is why inclusive dialogues on forms and structures of representative and participatory governance are key to transitional processes in post-conflict and post-revolutionary contexts.

During conflict, local authorities are often empowered by both increased grassroots legitimacy and external foreign support. But in the post-conflict period, redistribution of power through constitutional reforms such as decentralization or deconcentration is a prerequisite for stabilization and conflict resolution. However, to ensure the development of governance models that can have a positive impact and lead to sustainable peace and development, lessons learned from countries where governance reforms – such as decentralization – have been adopted reveal that certain conditions need to be in place, in addition to  an understanding of the technicalities of institutional design and implementation of these processes.

Such conditions include inclusivity of decision making and engagement, distribution of fiscal powers and resources, strong constitutional foundations and strong central democratic institutions that respect the rule of law. The papers that form this series on decentralization will discuss the motivations, processes of institutional design and implementation of decentralization reforms as well as challenges and risks in countries that have adopted decentralization models. They provide a comprehensive view on the legal basis and political context for decentralization in Iraq, Tunisia and Morocco. The final paper will then discuss lessons learned from these processes for potential decentralization in post-conflict Syria.

According to Cheema and Rondinelli, the concept of decentralization evolved in the 1980s from deconcentration, the devolution of power within central-state structures and branches, to decentralization, a constitutional power-sharing arrangement that transfers administrative, fiscal and political powers to local and regional authorities and structures. The evolution of the concept is related to reforms that aim to increase local autonomy from the central state, decentralize central powers and expand local and regional administrative, political and fiscal powers rather than deconcentrate them within central structures.1Cheema, G. Shabbir & Dennis A. Rondinelli. “From Government Decentralization to Decentralized Governance” Decentralizing Governance Emerging Concepts and Practices, Washington, Brookings Institution Press, 2007.

Further, the distinction between the various kinds of powers that can be transferred and their sequencing, i.e administrative, political and fiscal, is key for governance reforms to have their desired impact and to evaluate the success of such processes. As most decentralization processes in the Arab world are ones of administrative decentralization, such as Lebanon and Jordan, the lack of revenue-raising mandates to accompany administrative mandates remains a key challenge and often renders local authorities dependent on budget allocations from the central state. However, as the case of Iraq shows, even if local authorities have been allocated fiscal powers and large budgets, the lack of technical skills and competencies at the local level can hinder effective administrative decentralization.

Another distinction relates to the significance and feasibility of decentralization reforms depending on whether the nature of the state is federal or unitary. The case studies presented in this series include two unitary states, Tunisia and Morocco, and one federal state, Iraq. According to Haugh and Schou, both federal and unitary states can adopt decentralization reforms; the difference is that decentralization is codified in the constitution of a federal state and the government cannot unilaterally recentralize or revoke local powers. They argue that in federal states the rights and powers of local authorities are constitutionally guaranteed and cannot be revoked through legislation. This is not the case in unitary states where degrees of decentralization are adopted and can be reversed, as in the case of Tunisia and Morocco. When decentralization is adopted in unitary states, the state and its political elites often fear it could reinforce separatist inclinations, thus the state pursues efforts of national integration and mechanisms for central oversight and control while allocating limited autonomy to local structures.2Arild Schou and Marit Haug. Decentralisation in Conflict and Post-Conflict Situations. Oslo, NIBR Working Paper, 2005.

Ultimately, using the tool of decentralization to achieve participative good governance and effective service provision requires an inclusive process involving both political elites and civil society in deciding on the shape and structure of their governance, and assisting in the design and operationalization of the decentralization process. In other words, a democratic system must be in place. However, as the series of papers in this research dossier demonstrate, the risk of non-inclusive processes and elusive principles is that the decision to decentralize governance is often top-down; leading to local elite-recapture in favour of continued central state control or a decentralization of blame due to failing central government policies. A case study example that will be discussed in detail is the case of Iraq. The author argues that the rollout of the decentralization process and the lack of clarity in decentralized mandates was used by national elites as a diversion in response to public disquiet, thus shifting the blame to local authorities.

Evaluating the success of decentralization models in the Arab world is challenging. Most cases discussed have had lengthy processes of codification and amendment of several laws related to the implementation of the process. Thus, the effectiveness and benefits of their implementation are largely yet to be seen. Effective decentralization as in the case of some western countries - Switzerland is a case in point - has resulted from long term processes that require a set of pre-conditions, most notably strong democratic systems and institutions that respect the rule of law.  Nonetheless, in the Tunisia case, certain aspects of the reforms have been successful particularly those pertaining to the densification of the local tools of participatory democracy such as increased youth, women and minority engagement in decentralization processes such as local elections.

In the case of post-conflict situations, the author argues that due to the diversity of Syrian society, the lack of trust in the authoritarian central state and separatist inclinations of the Kurdish community, a decentralization process would indeed be beneficial to enshrine good governance. However, the democratic reform of the central state must take place prior to the development of a sustainable model for decentralization. Thus, suggested political and administrative mechanisms for the transfer and decentralization of power in Syria, such as local elections, would need to take place within the framework of a democratic system and require the support of a democratic central state. Furthermore, since rebuilding strong central democratic institutions is a key prerequisite for a successful decentralization in post-conflict contexts, the author calls for a process of democratic decentralization for Syria based on the principle of equality for all citizens where the constitution enshrines equal civil, political and social rights for all. More broadly, due to the fragile nature of social cohesion in post-conflict societies and the lack of vertical trust in state institutions, a renegotiation of the social contract and relations between Syrian citizens and the state must, according to the author, take place in parallel to democratization efforts.