After the Trump “Peace Plan”: Ending the Occupation is the Priority – Arab Reform Initiative

After the Trump “Peace Plan”: Ending the Occupation is the Priority

It is incontestable that a unitary state encompassing all of historic Palestine in which Palestinians and Israelis live in full equality represents the preferred resolution of the Israeli-Palestinian conflict. Assuming this entity guarantees both individual and communal parity, and satisfactorily resolves the refugee question, it would achieve the fundamental Palestinian right to national self-determination and be consistent with the broader Palestinian aspiration of greater Arab integration.

It is also irrefutable that a democratic one-state outcome in Palestine cannot be achieved without the disestablishment of Zionism, and specifically Israel’s renunciation of the core principles of Jewish political supremacy, demographic superiority, and territorial hegemony that have guided state policy since 1948. The cost-benefit calculation required for a one-state solution is thus one where Israel’s rulers determine that the price of maintaining a Zionist state has become unacceptably high and choose to relinquish it. In practice, there is no political pathway to such a resolution. Israel’s elites, and the overwhelming majority of its Jewish citizens from across the political spectrum, will contemplate a future without Zionism only as a consequence of decisive military defeat. Even then, the temptation of Israel’s leaders to rely on their nuclear arsenal to avert defeat – the so-called Samson option – cannot be dismissed.

In view of the geopolitical realities which reinforce, rather than challenge, the prevailing balance of power between Israel and the Palestinians, the only one-state solutions currently on offer are those proposed by the United States in its January 2020 diplomatic initiative, and by the radical Israeli right whose agenda has been embraced by Washington. In other words, proponents of a unitary secular democratic state in Palestine who are unable to offer a credible military strategy for achieving it are dealing in unattainable illusions rather than feasible solutions. The dynamics that have produced these realities may well change, but the current state of the Palestinian national movement and the broader region suggests this will consume decades, not years. It should also be noted that economic pressure – far exceeding that exerted by the BDS movement – has had a particularly poor impact on regime change during the past century, and can play a secondary role at best.

How, then, can and should the Palestinians respond to Washington’s latest proposal to formalize permanent Israeli control over the Palestinian people? Should they just abandon the two-state framework in hopes of an eventual democratic unified state?

Widely condemned as the institutionalization of apartheid, the Trump-Netanyahu Plan, in fact, goes far beyond the model of structural racism devised by the white minority regime in South Africa. Israel seeks not to exploit a captive population, but rather to achieve its eventual permanent removal. Indeed, this Plan goes so far as to recommend changing the legal status of hundreds of thousands of Palestinian citizens of Israel to residents of a Palestinian entity that will be occupied territory in all but name.

The Trump-Netanyahu Plan offers nothing to the Palestinians, neither presently nor in the future, and does not even pretend to do so. It was transparently devised to accomplish each and every Israeli strategic objective at the expense of all Palestinian rights, rather than lay the basis for meaningful negotiations between the two parties in which the core interests of each are met within the framework of international legality. The measures Washington has already undertaken concerning Jerusalem, Palestinian refugees, the PLO, settlements, the legal status of the occupied territories and other issues reveal this agenda and require no further comment or analysis. It is thus imperative that the various Palestinian leaderships categorically refuse any interaction – whether direct or indirect – with this initiative, as such dealings will only serve to legitimize it and provide cover for regional and international parties to seriously engage with it.

The strategic purpose and primary threat of the Trump-Netanyahu plan is to transform the international consensus on the Israeli-Palestinian conflict. For better or worse, this consensus comprises the inadmissibility of territorial conquest, the establishment of an independent Palestinian state on the territories occupied by Israel in 1967, living at peace with Israel within its 1949 boundaries, and a just resolution of the refugee question. Against this, Washington and Tel Aviv propose a resolution of the conflict on the basis that might makes right, that rights are irrelevant, and that international law is of no consequence.

Rather than mobilize alongside the United States and Israel to denounce the international consensus of a two-state framework and demand its replacement, even if for radically different reasons and objectives, and to promote goals which - as noted above - are simply unattainable, Palestinians should do everything within their power to preserve, mobilize, and activate this consensus and present it as the litmus test for the preservation of the international order Washington is seeking to systematically dismantle. Indeed, under current circumstances, the only alternative is a one-state solution, which would permanently remove Palestinian national rights from the international agenda. One may not be enthusiastic about the two-state paradigm, but it would be dishonest to deny that the purpose of the Trump-Netanyahu plan is to replace it with something much worse.

The above notwithstanding, to frame the Palestinian debate as a choice between a one-state solution and two-state settlement misses the point, and is today somewhat akin to a condemned prisoner spending the night before his execution agonizing over whether to spend next summer on the French or Italian Riviera. The core issue in 2020 is not about the form of eventual statehood, but rather about upholding the principle that Israel has no right to incorporate territories that international law and the international community consider to be occupied, and that its continued rule in these territories is both illegal and illegitimate. In contrast to a democratic one-state outcome, there are political avenues to ending the occupation that do not require the military resources that neither the Palestinians nor their regional allies currently possess. The cost-benefit calculation for ending the blockade of the Gaza Strip, reversing settlement expansion in the West Bank, and terminating the occupation does not require the wholesale transformation of the Israeli state. Yet, compelling Israel  to dismantle the settlement enterprise and to withdraw from the occupied territories rather than annex them may – in the process – transform the state  and establish pathways that in time would produce better outcomes

It is commonplace to characterize the Trump administration approach to the Question of Palestine as a radical departure from traditional US policy. While this is true in certain respects, it is perhaps more useful to understand the Trump-Netanyahu Plan as the logical culmination of seven decades of US Middle East policy, and of the Oslo agreements, which never envisioned an end to occupation nor the realization of Palestinian self-determination, in particular.

The prevalence of this reality and this debate attest above all to the extraordinarily weakened position in which the Palestinian people find themselves. Surpassing it will be particularly difficult, but is by no means impossible. First and foremost, Palestinians must resolve their internal differences and establish a unified national movement led by a credible leadership,  with a clear strategy to disentangle from the matrix of control established by the Oslo agreements, as well as to mobilize Palestinians and their regional and international allies and supporters. Palestine needs to become a cause that stands above and beyond regional rivalries once again, rather than a political pawn used by petty autocrats for trivial advantage. It needs to once again become a primary issue on the international agenda, and a global litmus test for justice and decency, rather than a secondary dispute in a region roiled by conflict. In doing so it will also be able to rely on greater levels of popular support than perhaps ever before.

A mobilized Palestinian national movement, capable of activating and – where necessary – coercing the support of regional governments, and deploying their collective wherewithal in the international arena, can successfully implement a combination of popular, political, economic, legal, and even military strategies to effectively challenge Israel’s occupation, and in critical instances compel foreign states to do the right thing out of self-interest.

The Palestinians today are experiencing an existential moment. This is not a time to pursue the impossible at the expense of survival. 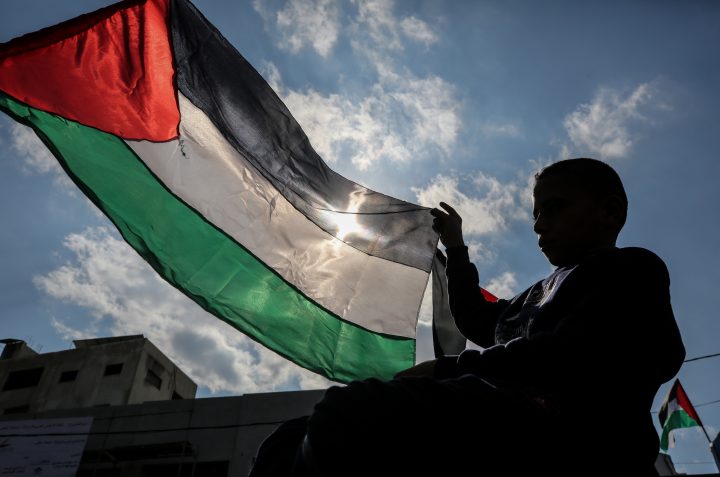 After the Trump “Peace Plan”:   Two Perspectives on Palestinian Options 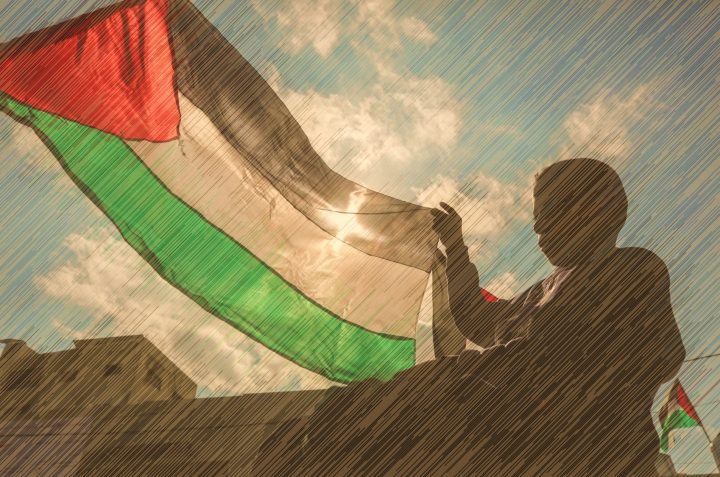 After the Trump “Peace Plan”:   One-State Solution is the Only Way Forward