The SAWT project seeks to quantitatively and qualitatively increase women’s meaningful inclusion in political and peace processes in the MENA region. From 2021-2023, ARI in conjunction with its partner organizations The Asfari Institute for Civil Society and Citizenship at the American University of Beirut (Lebanon), Together We Build It (Libya), the Sana’a Center for Strategic Studies (Yemen), the Culture and Free Thought Association (Palestine), and the Iraqi Al-Amal Association (Iraq), with ARI itself working on Syria, will directly contribute to women’s meaningful inclusion in peace processes in the MENA region in order to increase their ability to influence outcomes and establish post-conflict gender-egalitarian frameworks through supporting women’s integration in all phases of the peacebuilding process. Taking a broader and more holistic view of what “peace processes” mean and look like and focusing on the emergence of a new generation of women activists in MENA, the project proposes four broad areas of work and will involve collaboration with civil society actors, academics, activists, and networks in both Europe and the MENA region.

Research and knowledge production covering the five case study countries, including understanding obstacles and barriers to women’s meaningful participation, what “meaningful participation” means to them and looks like in practice, gatekeeping and institutional mechanisms of women’s exclusion including from the perspective of men, the discourses and practices of the new generation of women activists. We seek in particular to identify gaps in the literature and approaches to the concept of women’s inclusion and their role in peacebuilding, and to bring to the fore the new generation of women activists.

Activity Area 2 consists of two activities: a series of webinars and in-person meetings led by the country partners to hold national level dialogues between different women’s groups and individual women leaders, activists, and political actors, with specific emphasis on intergenerational, transnational, cross-sectorial encounters including women activists the diaspora; and advocacy actions undertaken at the national and/or international level. Parallel to the dialogues, we will also reflect on national advocacy actions that can be undertaken in support of the positions and priorities identified by the women through the dialogues.

Activity Area 3 consists of two activities and will be led by The Asfari Institute for Civil Society and Citizenship at the American University of Beirut (Lebanon): promote regional exchange between emerging women leaders and the new generation of feminist activists through a Regional Fellowship Program and undertake regional-level analysis taking stock of the WPS agenda in MENA. The Regional Fellowship Program will include a certain number of expert-led closed webinars leading up to a Summer School at AUB to produce a new regional cohort.

Activity Area 4 consists of two activities: moderated Euro-Med exchanges, and advocacy trips of country partners to the EU. Each year, a series of moderated discussions on thematic issues between 10 women from the region (2 per target country) with 10 EU/EU-adjacent officials. This will include private webinars culminating in a study mission and joint brainstorming sessions in Brussels. In addition, the country partners will also have the opportunity to travel to EU capitals for the purpose of conducting advocacy. 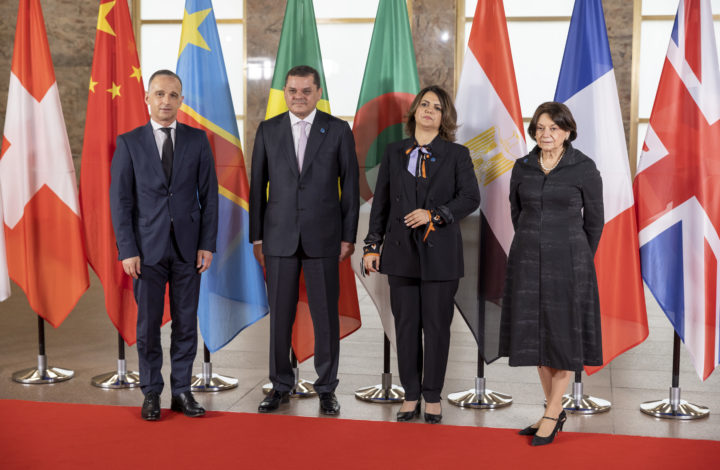 The Role of Women in the Libyan Government:  An Interview with Hajer Sharief