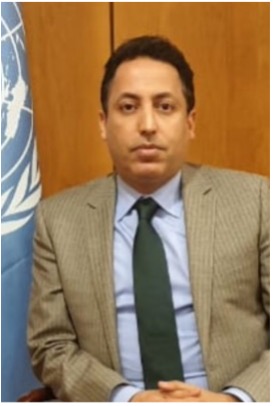 Younes Abouyoub is a senior United Nations official with a long experience in conflict resolution, peace building, governance, and sustainable development. He previously worked as the Director of the political office of the UN Under-Secretary General for Conflict Prevention; senior political advisor to the UN Secretary General Special Envoy to Burundi. He directed the political office of the UN Secretary General Special Envoy to Yemen and acted as his senior special advisor. Among several other positions with the United Nations, Abouyoub was also the senior political officer in charge of the regional affairs in the UN political mission to Libya (UNSMIL), and Senior Regional Expert in the Un Security Council Panel of Experts on Sudan (Darfur).