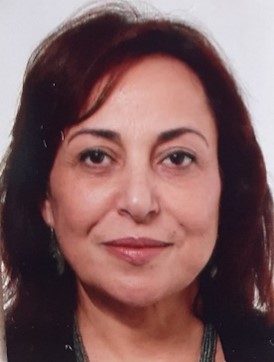 Gender writer, researcher and consultant. She has worked in the field of emergency relief after the Syrian Revolution in 2011 and contributed to the founding of Relief and Development Institute Najda Now. Head of the Office of the Syrian Women’s Network in Gaziantep (2017-2020), where she worked for four years on the Women’s Empowerment Project for Syria. Gender consultant with the Euro-Med Feminist Initiative (EFI) (2019-2020) as part of the joint action for the elimination of violence against women project as a barrier to women’s participation in decision-making positions. Member of the Syrian Women’s Political Movement.