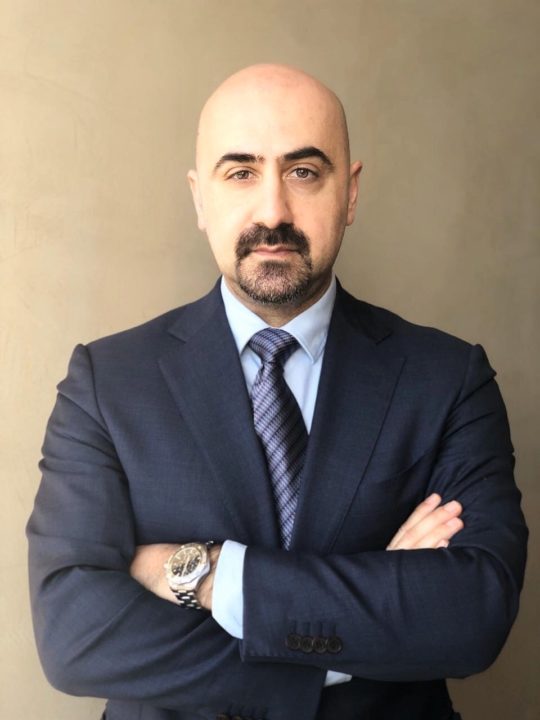 Dr El-Khoury is a consultant in Adult and Substance Misuse Psychiatry with over 10 years of psychiatric practice in the National Health Service and the private sector in the UK and Lebanon.

After qualifying as a medical doctor in 2002, he trained in London and Oxford, obtaining Membership of the Royal College of Psychiatrists (MRCPsych) in 2006. He holds certification (CCT) in Adult and Substance Misuse Psychiatry as of 2010 in addition to a Postgraduate Certificate in Cognitive Behavioural Therapy from the University of Reading.

Dr El-Khoury was appointed as a substantive consultant in the National Health Service in 2010. He currently holds an academic position as Assistant Professor of Clinical Psychiatry at the American University of Beirut (AUB). He is the founding director of the Psychosis Recovery Outreach Program (PROP) at AUBMC, the first community program for severe mental disorders in Lebanon. Since 2017, Dr El-Khoury has also directed the residency training program at AUBMC, one of the first ACGME-I (US) accredited programs in the Middle East.

Dr El-Khoury has served on the executive committee member of the Lebanese Psychiatric Society since 2013 and is the current president-elect.

Dr El-Khoury has over 30 academic publications on topics covering addiction, psychosis, and conflict medicine. He acts as the Scholar for the Arab region for the Global Mental Health Program at Columbia University. He holds a Masters (MSc) in War and Psychiatry from King’s College London with an emphasis on psychotrauma and violence in the Middle East. He was elected Fellow of the Royal College of Psychiatrist in 2019 for his contribution to the field of mental health.

Dr El-Khoury has extensive expertise in treating all adult psychiatric conditions, including anxiety and mood disorders, psychotic illnesses, adult ADHD, Obsessive Compulsive Disorder (OCD), addiction, eating disorders and trauma-related disorders.  He also has significant experience as a medico-legal expert. He is a keen believer in the interaction between the psychosocial aspects and the biological basis of psychiatric conditions. He applies it in his systemic approach to multidisciplinary clinical practice.