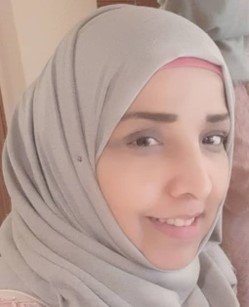 President of the Change Horizons Forum in Yemen. She has worked on several projects through her organization in the fields of gender, peace-building, local mediation and women’s rights. She is a researcher and a consultant in the peace-building and gender fields and has undertaken several studies on peace-building, local mediation, gender and the role of the United Nations in the Yemeni negotiations. She is a member of several women’s and peace-building alliances at the local and national levels, including the nation-building group under the independent youth category in the 2013 National Dialogue Conference (NDC) in Yemen. She has contributed to the establishment of a number of women’s networks, including the Women’s Independent Network (WIN), the Forum for Dialogue, Women and Peace, and the Taiz Women-Mediator Network.