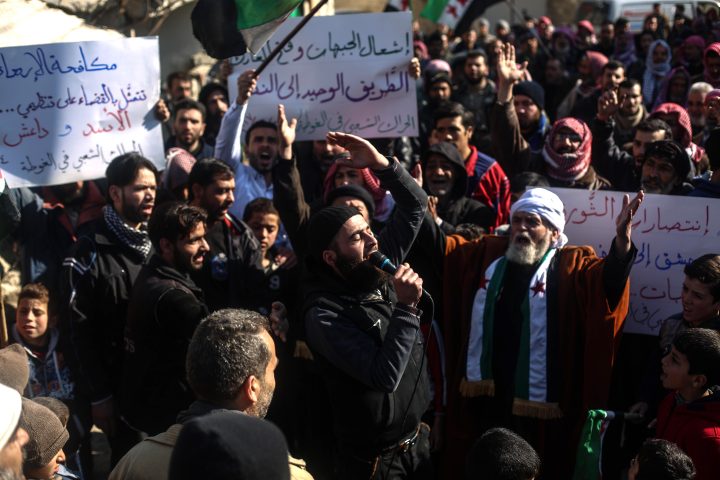 epa05868773 Residents rally and shout slogans during a demonstration in support of the opposition fighters of the Free Syrian Army after thier last battle in Jobar, in the rebel-held Douma, Damascus, Syria, 24 March 2017. The protesters shout and yell slogans aginst ISIS and Assad regimes, as the armed clashes continues in about 9 kilomeeters from Douma. The placards reads: (R) 'Combating terrorism by fighting Assad and ISIS', and (L): 'The battle is the way to the victory'. EPA/MOHAMMED BADRA